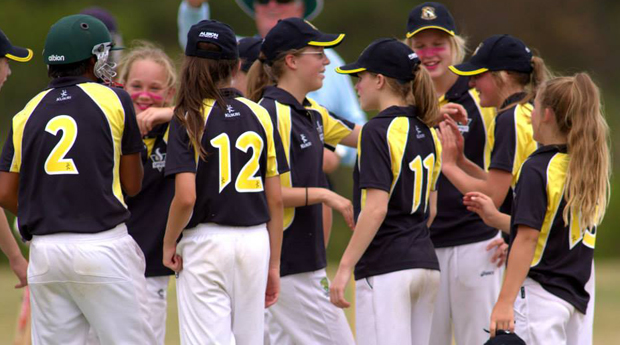 The Northern Falcons, Northern Rivers, Outer East Eagles and Mallee Murray Heat are through to the semi-finals of the Under-14 State Championships after day two of the series yesterday.

On a day that was bowler friendly, Outer East Eagles bowler Emily Sharkey stood up to bowl a terrific two-over spell which landed her figures of four wickets for just two runs.

Outer East also had the only player in the quarterfinals to retire and that was Isabelle Robinson, who made 40* in a 43-run victory.

It was a day of four wickets as Western Waves bowler Grace Farrer picked up 4-31 off her 5 overs despite being on the losing side.

In the morning game, we saw eight teams not take the field, as it was too wet at Baxter Park.

Of the sides who did take the field at Fairbairn Park the winners were Outer East Eagles, Northern Falcons, Western Waves and the Northern Rivers.

The morning game were highlighted by a superb individual game from Rosie Wynd who dominated the game with both bat and ball, finishing 41* retired and then taking 3-6.

Western Spirit’s Scarlett Saxon-Jones retired for the second time in the tournament after making 43* in her side’s win over Northern Rivers.

Outer East Eagles skipper Tess Flintoff made a well-compiled 40* on her way to guiding her side to victory against North East Knights.

Tomorrow we move into the semi final stage of the tournament and the games will be played at Chelsworth Park, Fairbairn Park and Baxter Park.