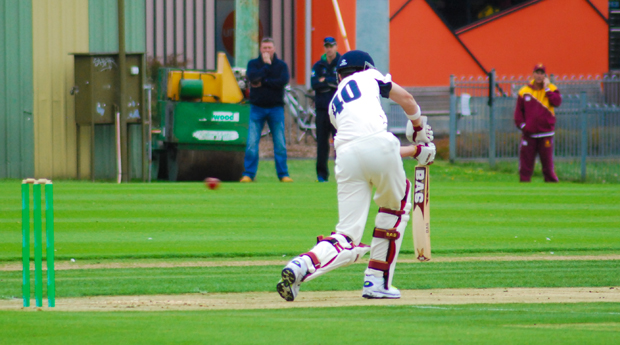 On day one of the final round of the Under-17 National Championships, third-placed Victoria compiled a promising total of 183 against top-of-the-table NSW Metropolitan.

NSW progressed to 0-7 off 2.3 overs before rain stopped play for the day.

Earlier, Victoria made a brilliant start to their innings as Matthew Underwood (44), who replaced Zachary Elliott at the top of the order, and Nick King (22) put on 66 runs for the first wicket.

Captain Will Pucovski (18) continued to propel Victoria’s innings in the right direction before he was dismissed having made yet another start.

They were both dismissed with the score on 153 however, triggering a lower-order collapse.

NSW Metro will resume today (weather permitting) trailing Victoria by 176 runs with all wickets in hand.

Victoria will need something special to get the outright victory required to snatch an unlikely championship win.