Under 19 National Championships wrap up in Perth 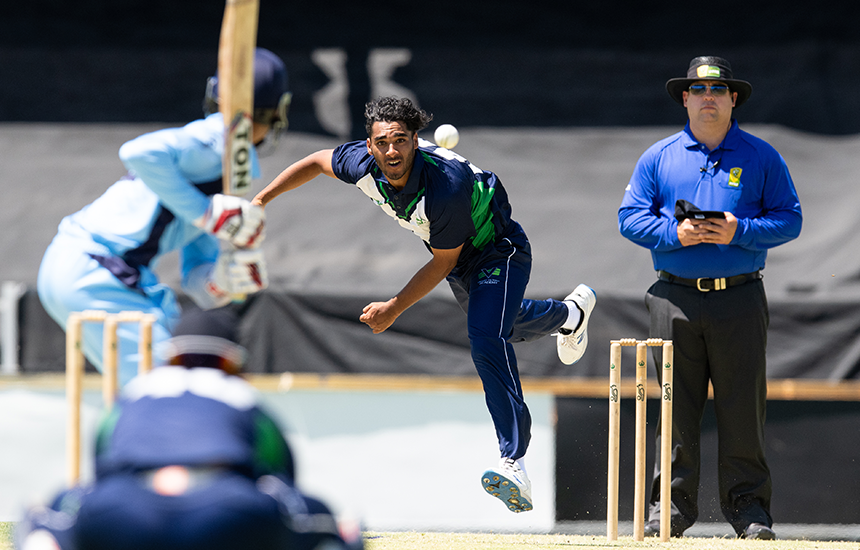 The Under 19 National Championships came to a close in Perth last week, with Vic Country reaching the final against NSW Metro.

Both Vic Country and Vic Metro continued to put in good performances over the concluding rounds of the tournament, including an all-Victorian semi final.

A century to Metro opener Kyle Viccars was the highlight of Round 6, as his side won a thriller against the CA XI on the final ball of the match.

Fergus O’Neill was the hero for Metro, hitting a boundary off the last ball to seal victory for Metro after earlier taking two wickets with the ball.

Vic Country completed a two-wicket win over Tasmania thanks to composed innings from Jonathan D’Rozario (40) and Tiryan De Silva (38) and some tight bowling from Lachlan Field and Cameron McClure.

The semi final round saw both Victorian teams go up against each other, with Country claiming a big win over their Metro counterparts.

A second century to Patrick Rowe and half centuries to Mitchell Davey and Tom Jackson guided Country to an imposing 8-296. Metro couldn’t get going with the bat all out for 154 in reply.

NSW Metro compiled 8-246 after batting first and despite half centuries to Emerson White and D’Rozario, Country were bowled out for 198.

Vic Metro couldn’t quite finish its campaign with a win, despite Dylan Brasher’s second ton of the tournament.

Metro compiled 9-282 on the back of Brasher’s innings and a half century to Sam McConchie, but a composed chase from ACT/NSW Country saw them get home with eight deliveries to spare.