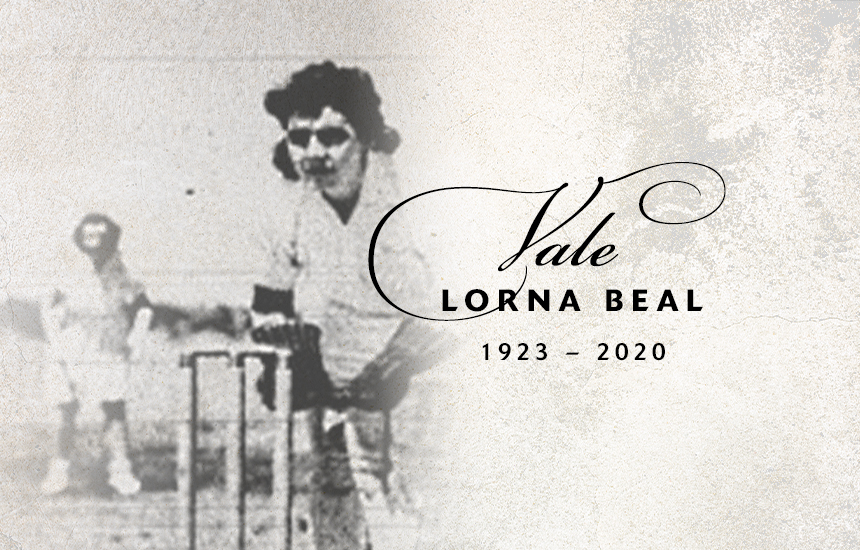 Cricket Victoria sends its condolences to the family of Lorna Beal (née Larter) after the former Australian and Victorian player passed away aged 96.

Beal is regarded a pioneer for the game who played a significant role in creating a pathway for today’s players.

One of the true pioneers of @cricketvictoria & @AusWomenCricket Lorna Beal (née Larter – keeping) has passed aged 96. 7 tests, 6 weeks on the boat to England for an Ashes, oh the stories she had. Thanks for helping creating the pathway Lorna. pic.twitter.com/ueCYnB6NUI

Beal was selected to open the batting for Victoria and made her Australian debut against New Zealand in 1948 in the first women’s Test between the two countries.

Beal played seven Tests for Australia taking seven catches and nine stumpings before retiring after the 1951 tour of England.