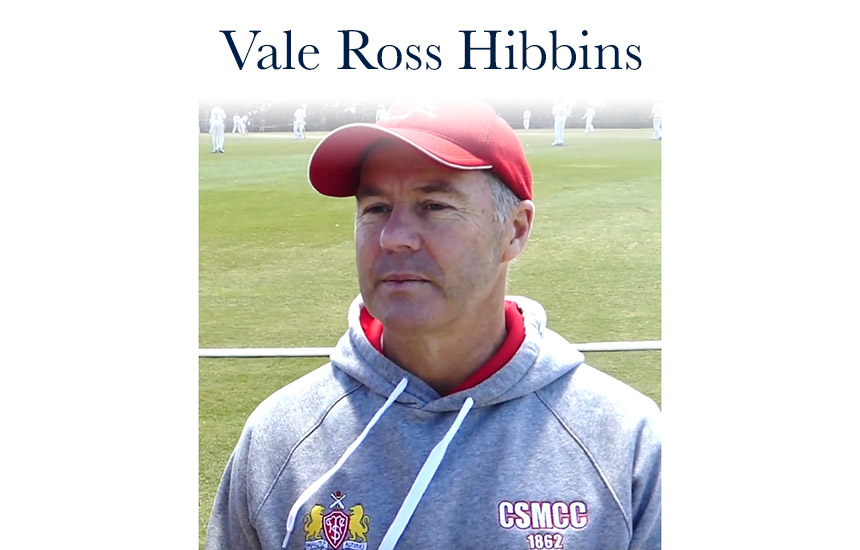 Cricket Victoria has received the sad news that Casey-South Melbourne President Ross Hibbins has passed away.

Elected President of Casey-SM in 2011, Ross had been battling a very aggressive form of cancer over the past year, but passed away on April 27.

Ross led Casey-South Melbourne through a challenging period, the club having relocated to Casey Fields in Cranbourne East in 2006. Ross was instrumental in the club forging a presence in the region, experiencing three First XI finals appearances over the past decade and further developing a strong relationship with the City of Casey, local clubs and the local community.