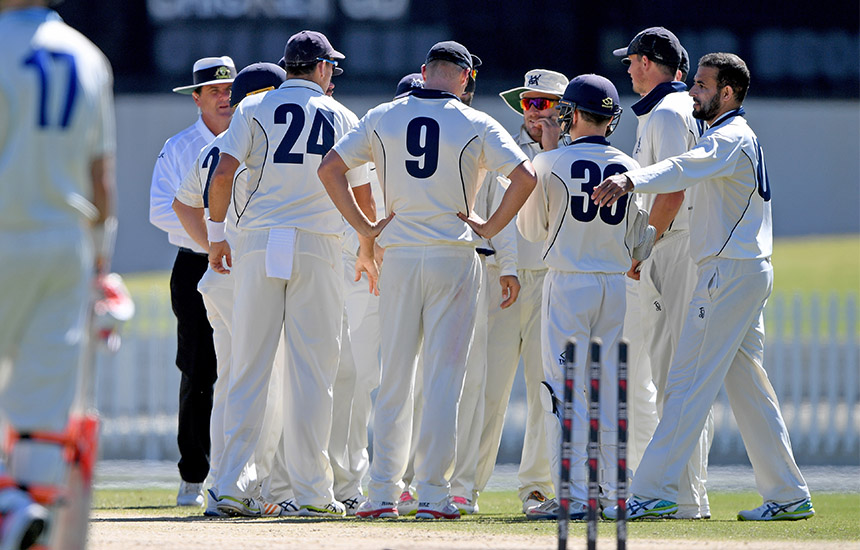 Victoria has named a 12-player squad for its JLT Sheffield Shield return match against Queensland at the CitiPower Centre starting Saturday, February 23.

Opening batsman Travis Dean will once again captain the side after leading Victoria in the final Shield clash at the MCG against Western Australia prior to the BBL break, while Will Pucovski has been named in the squad.

Nic Maddinson, who struck 162 before suffering a fractured arm in his last Sheffield Shield outing, has also been named alongside fellow centurion from that match Cameron White.

Peter Handscomb, Aaron Finch and Glenn Maxwell are in India with the Australian squad and are unavailable for selection.

Peter Handscomb, Aaron Finch and Glenn Maxwell are in India with the Australian squad.

“After a busy BBL period we’re looking forward to getting back into Sheffield Shield action with the Dukes ball.

“We’re obviously pleased to have Will Pucovski available for selection. With the year of cricket we have ahead of us, there are plenty of guys who are keen to get off to a good start in four day cricket and build on the team’s solid form so far.

“We’re in a good position on top of the table, but we understand that we need to continue to be consistent in the second half of the Shield season to give ourselves the best chance of success.”

The match will be a ticketed event with all tickets available for purchase at the gates.

Victoria play Queensland at the CitiPower Centre from Saturday, February 23 at 10:30am AEDT. The match will also be live streamed on cricket.com.au with commentary.