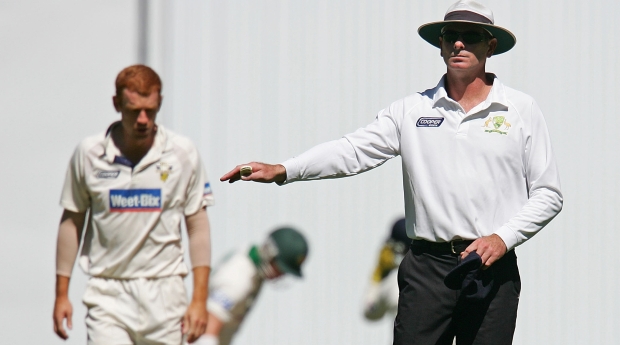 Victoria's Ash Barrow, Geoff Joshua, John Ward and Tony Ward have been rewarded for their solid form in the middle by retaining their positions on the National Umpire Panel for the 2012-13 season.

During today’s announcement, CA Cricket Operations General Manager Geoff Allardice said it was pleasing that Australian umpiring was in such great health and particularly congratulated Nogajski on his invitation to the panel.

“I congratulate each of them on their invitation, but particularly to Sam who joins the panel for the first time in 2012-13 after showing great improvement in the last 12 to 24 months.

“Sam officiated in two first-class matches last summer, making his debut in the Bupa Sheffield Shield match between Queensland and New South Wales at the Gabba and I wish him well for the coming season as he takes the next step-up in his umpiring career.”

In addition to this morning’s announcement, CA also advised that former Bushranger Shawn Craig was one three umpires who will be officiating in the under-19 international series between Australia and Pakistan on the Gold Coast in July.

Joining Craig, who played 20 first-class matches for Victoria between 1996 and 2011, will be Paul Wilson and Greg Davidson.