VicSpirit nominated for Team of the Year 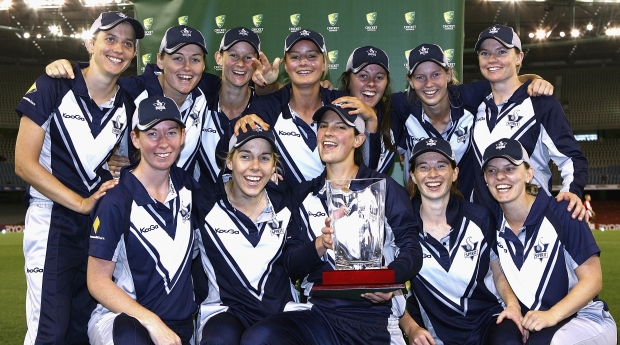 The Commonwealth Bank VicSpirit has been nominated for Team of the Year at the Victorian Sport Awards after a record breaking 12 months.

The mastermind behind the VicSpirit’s success, Cathryn Fitzpatrick, has also been acknowledged with a nomination for Coach of the Year, while star batter Meg Lanning will fight it out for Junior Athlete of the Year.

The Victorian Under-17 male side has been nominated for the Junior Team of the Year after they broke a nine-year drought when they won the National Championships in December.

VicSpirit enjoyed a stellar 2012, highlighted by winning their third consecutive WT20 title in front of a home crowd in January.

They also set a new WNCL record for team score in November when they amassed 3-418 against the SA Scorpions at Camberwell.

That landmark came two weeks after Lanning had broken the record for the highest individual score when she smashed 175 against ACT Meteors.

The 2012 calendar year also saw the VicSpirit show their wares on the world stage with Jess Cameron named Player of the Final at the World Twenty20 in October, a tournament that Australia won with Fitzpatrick as coach.

The Awards ceremony will be held at the MCG on March 4.

2012 Victorian Coach of the Year