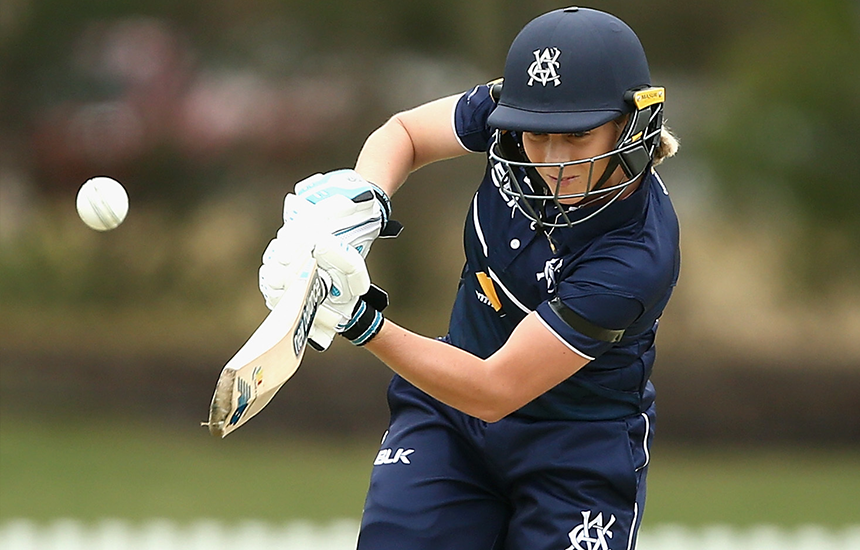 A sublime all-round performance from Sophie Molineux has helped Victoria to a five-wicket win over Tasmania in Hobart.

After winning the toss and asking the hosts to bat first, the Tigers got off to a positive start with a 70-run opening partnership frustrating the Victorian bowlers.

But Molly Strano (2-36) struck a double breakthrough and Annabel Sutherland (1-31) also claimed a wicket to run through Tasmania’s top order to put the brakes on.

Regular wickets continued to fall as Tasmania were bowled out for 198 in the final over of the innings. Mollineux was the star for Victoria, picking up 3-33 from 9.5 overs.

Molineux then partnered with Elyse Villani to put on a 91-run opening stand in Victoria’s run chase. The all-rounder’s 80 from 107 deliveres anchored the innings as Victoria ran down the 199 required in the 46th over.

Villani (44) and Ellyse Perry (44*) offered significant contributions in the batting department as Victoria picked up its third win of the WNCL season.

Victoria will back up for a second one-day game against Tasmania at the TCA Ground in Hobart on Thursday.

The full scorecard is available here.