Victoria fight back on remarkable day of Sheffield Shield cricket 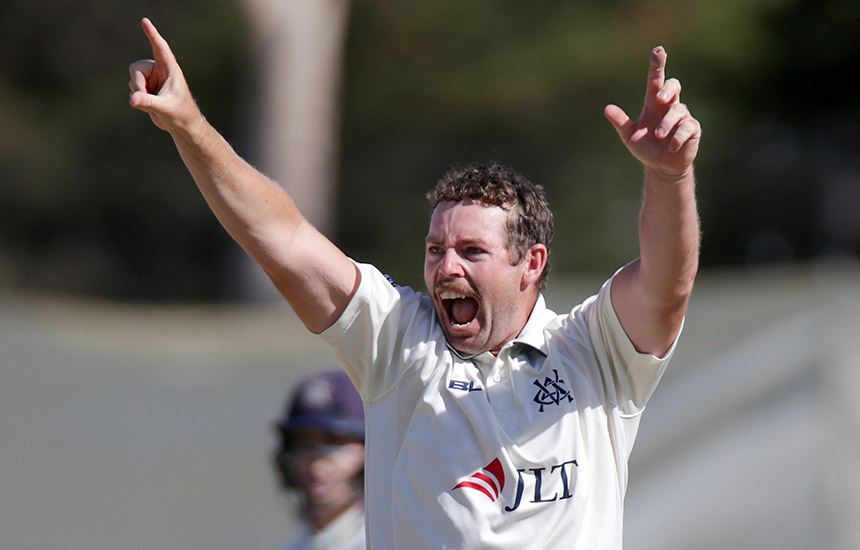 Victorian spinner Jon Holland has led a fightback on Day 1 of Victoria's JLT Sheffield Shield clash against New South Wales after the visitors were dismissed for 106 in their first dig.

The hosts then found themselves in control at 0-67 in reply through openers Nick Larkin and Dan Hughes, before a stunning collapse led by Jon Holland (5-27) saw the Blues crash to stumps at 7-97 still trailing by 9 runs.