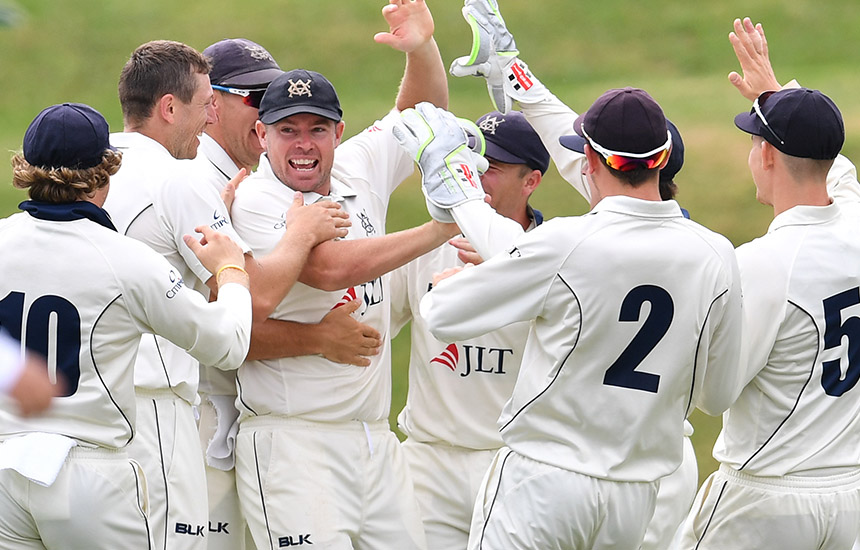 Victoria has made one change to its squad for Wednesday's JLT Sheffield Shield match against South Australia at Karen Rolton Oval in Adelaide.

Cameron White comes out of the squad of 13 that travelled to Sydney last week, leaving a 12-player squad to face the Redbacks in the final match of the regular season.

A win will guarantee Victoria hosting rights of the 2018-19 Sheffield Shield Final after last week’s victory over New South Wales locked in their spot in the decider.

“Last week’s win over New South Wales was brilliant – in testing conditions and with a spot in the Sheffield Shield Final up for grabs, the guys never gave up and turned the game around in emphatic fashion after a difficult start.

“It’s obviously fantastic to qualify for our fourth Final in five seasons, but we want to finish the regular season on a strong note against South Australia this week.”

Victoria play South Australia at Karen Rolton Oval from Wednesday, March 20 at 11:00am AEDT. The match will be live streamed on cricket.com.au.