Victoria name squad to take on Tasmania at Junction Oval 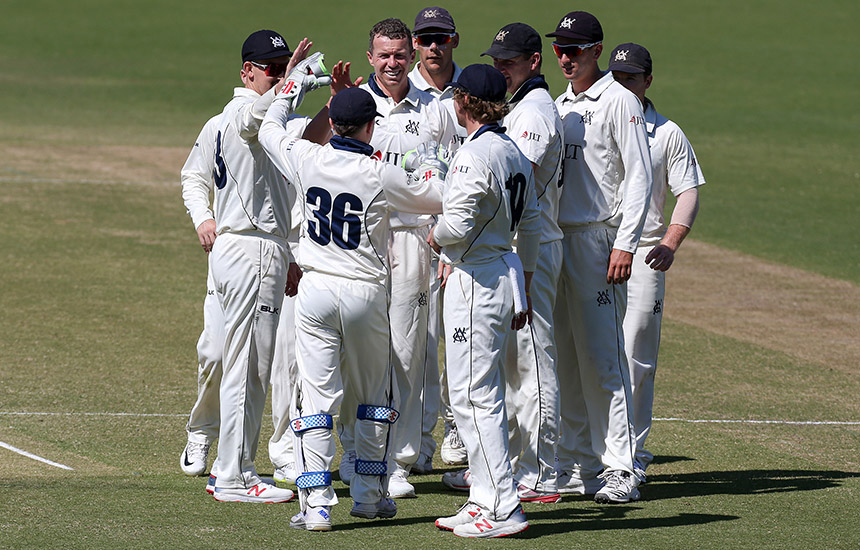 Victoria has named an unchanged 12-player squad for its JLT Sheffield Shield match against Tasmania at the CitiPower Centre starting Tuesday, March 5.

The side is coming off a remarkable win over Queensland where batsman Marcus Harris scored 174 in a successful chase of 300 runs to win on the final day.

The win pushed Victoria nine points clear on top of the Sheffield Shield table with three matches still to be played.

“Last week’s win over Queensland was fantastic – it was important to see both batters and bowlers step up at crucial times to swing the game back in our favour, and congratulations go to Marcus Harris and Matt Short for their brilliant second innings partnership.

“We took a lot out of that win and we’ll carry that momentum into another important match this week against Tasmania. The top three wicket takers and top two run scorers this season will all be out on display so it should be a cracking match.”

The match will be a ticketed event with all tickets available for purchase at the gates.

Victoria play Tasmania at the CitiPower Centre from Tuesday, March 5 at 10:30am AEDT. The match will also be live streamed on cricket.com.au with commentary.