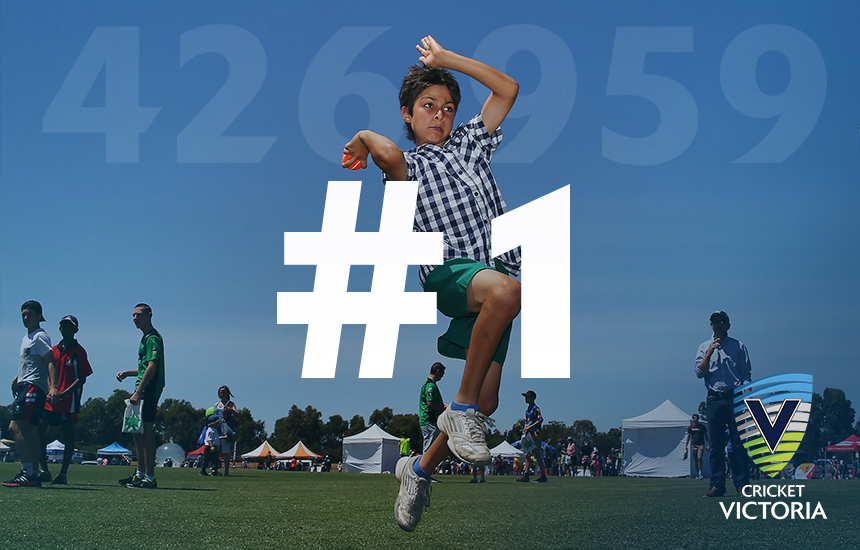 Victoria is delivering on its promise to be the number one state for cricket participation following the release of the national census data from the 2017-18 season.

A total of 426,959 Victorians played cricket last season, an increase of 13.46% from 2016-17, pushing Victoria to number one for participation growth nationally.

Total female participation also grew by 31% from the 2016-17 season to 115,283, which was primarily driven by the significant impact of the Growing Cricket for Girls Fund that supported over 100 new junior girls club teams in 2017-18.

In addition, the focus on cricket being a sport for all Victorians delivered an increase of 33.13% in multicultural participation. This growth is highlighted by the strong work and growth of Cricket Victoria’s Harmony In Cricket Association (HICA).

Cricket Victoria General Manager of Community Cricket Rohan O’Neill said the results were pleasing but there was more work to do.

“These figures are a tremendous result for Victorian cricket and demonstrates the great work being done across the cricket community and particularly via our diversity and inclusion programs. We are delivering on our commitment to be the number one participation state in Australia,” O’Neill said.

“While these are fantastic results, we are conscious that we still have a task ahead of us in attracting and retaining club players over the longer term. At a junior cricket level, cricket is booming. However we have more work to do to ensure we build a sustainable participation base that will provide future generations of talented players, coaches and importantly volunteers.”

Cricket Australia Chief Executive Officer James Sutherland said “the growth in participants across Australia is a fitting reflection on the hard work put in around the country, by our clubs, associations and schools, our dedicated volunteers, coaches and umpires who ensure people are able to pick up a bat and ball.”

A ‘participant’ is defined by the Australian Cricket Census as someone who participates in at least four sessions of a formal cricket program.

The 2017-18 census has been compiled by specialist researcher Street Ryan in partnership with Cricket Australia and each of the eight State and Territory Cricket Associations.

Each association is responsible for recording the number of programs, teams and registered players within their state/territory.