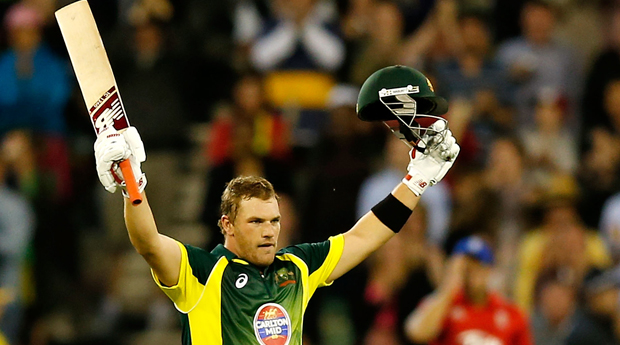 The 2015 ICC Cricket World Cup Final and the Boxing Day Test will be the showpieces of the biggest season of cricket seen in this state.

The 2015 ICC Cricket World Cup Final and the Boxing Day Test will be the showpieces of the biggest season of cricket seen in this state.

The MCG will play host to seven one-day internationals, the Boxing Day Test against India and two Twenty20 internationals from November to March.

Cricket Victoria CEO Tony Dodemaide said Victorians will be treated to a memorable season with at least seven nations competing at the MCG.

“It shapes as the biggest ever summer of cricket in this state with plenty of opportunities for Victorians to see the world’s best cricketers featuring prominently at the MCG,” Dodemaide said.

“The Victorian public is renowned for turning out in their droves and I’m sure this occasion will prove no different.

“With the Boxing Day Test, the opening World Cup fixture between Australia and England and the World Cup Final at the MCG we could well see last year’s world record attendance of 91,112 broken once again.”

The international program begins on November 7 with a T20 double header with the Southern Stars taking on the West Indies then Australia’s men’s side clashing with South Africa.

The Proteas will then return for their first one-day international at the MCG since 2002 two weeks later.

The home of cricket will welcome India for the Boxing Day Test and a one-dayer on January 16, before the World Cup launches on February 14 with an Australia V England opening fixture that looms likely to break the record for the largest ODI crowd at the MCG of 87,182 set at the 1992 World Cup Final.

The MCG will also host a quarter final on March 19 before the pinnacle of the sport, the World Cup Final, will round out the season on March 29.

Cricket Australia Chief Executive Officer James Sutherland said the MCG will have something for all fans:

“The MCG will host the two marquee matches of the summer, the traditional Commonwealth Bank Boxing Day Test, this year against India, and the ICC Cricket World Cup Final.

“We know India has some of the most passionate fans in the world and we encourage them to get along and support their team along with Australian fans in what is sure to be an exciting Commonwealth Bank Test Series.

“Fans will also have the chance to see our dual world champion Commonwealth Bank Southern Stars at the MCG when they take on the West Indies in a Twenty20 International double header on November 7.”

Meanwhile, the Commonwealth Bank Bushrangers will be looking to make amends for a disappointing 2013-14 season when they start their campaign with the Matador BBQs One-Day Cup (formerly RYOBI One-Day Cup) on October 4 against defending champions Queensland at the Gabba.

Victoria will begin the Bupa Sheffield Shield on October 31 with a home match at the MCG against traditional rival New South Wales.

The Bushrangers will play their last home match before the KFC T20 Big Bash League commences against Western Australia at the home of cricket with the venue of Victoria’s remaining home fixtures, on February 24, March 5 and March 13, to be determined closer to the season.