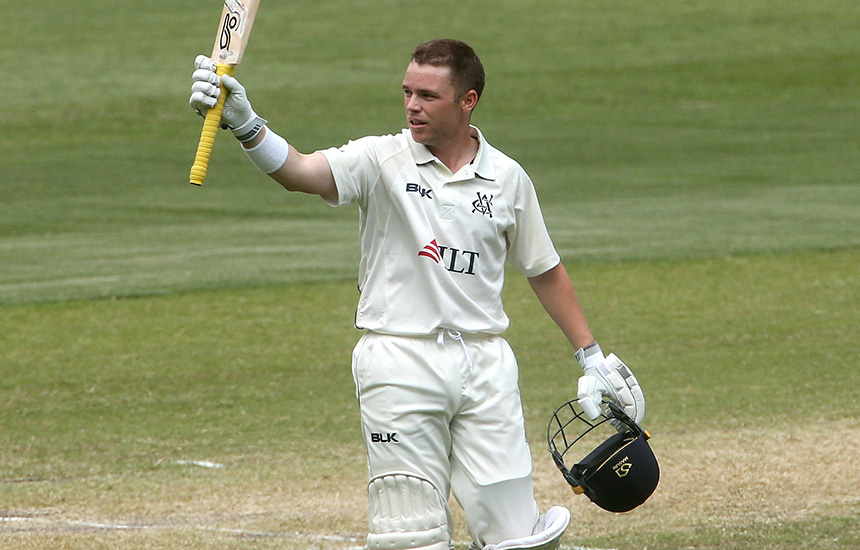 Scott Boland bowled Mickey Edwards for a duck at the end of the second over on Sunday morning to wrap up Victoria’s JLT Sheffield Shield win over NSW at the MCG.

The Blues were dismissed for 179 and Boland took 6-49, with Trent Copeland six not out.

Play was extended by half an hour on Saturday but Victoria were unable to budge Copeland or Edwards, the pair bravely batting on despite being injured.

Copeland ducked into a Chris Tremain bouncer in the last over of the day and the ball hit him on the shoulder, while Edwards suffered a side strain Friday’s first session and had to pass a fitness test before he came in at No.11.

But Edwards lasted just seven minutes on Sunday as the Vics wrapped up the win.

NSW paid dearly for a 7-56 collapse that ended their first innings and another slump after tea on Saturday in which they lost four wickets for no runs.

Victorian opener Marcus Harris survived a couple of near-misses before he scored 250 not out to carry his bat through the innings.

It was his first double century at any level to force his way into the debate around Test batting spots.

Victoria have enjoyed a near-perfect start to the summer, winning the JLT One-Day Cup and then opening their Shield campaign last week with an innings win over Western Australia.

Victoria next face South Australia at the MCG from Saturday, November 3 at 10:30am.