Victoria selects 12 and Under squads 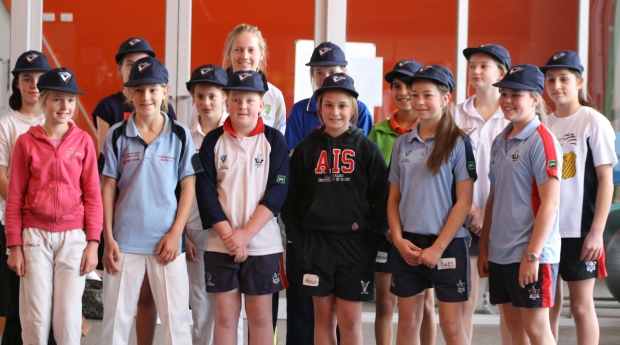 School Sport Victoria has named its 12 and Under boys and girls squads to compete at the School Sport Australia Cricket Championships in South Australia in December.

Selected with the assistance of Cricket Victoria, the nine-day tournament runs from December 8 to 16 in the Barossa Valley, with trials conducted by regional cricket managers earlier this year with the boys squad chosen following the final session in Cobram-Barooga late last week.

Both sides will be looking to improve on their results from last year when the boys side finished equal fifth with one tie and the girls side came fourth with two victories.

Alfredton Primary School’s Sophie Van De Heuvel will be looking to carry on her form from last year’s tournament which saw her claim 5-15 and 3-2 in the final two matches.

Cricket Victoria’s Rebecca Brown said the girls team had been training all winter.

“We had our first trial with around 60 girls in February straight after the season so we could see them in outdoors,” Brown said.

“We lost a couple of games last year that we probably should have won so this year hopefully we will win those matches.

Victorian 12 and Under Boys team

Victorian 12 and Under Girls team