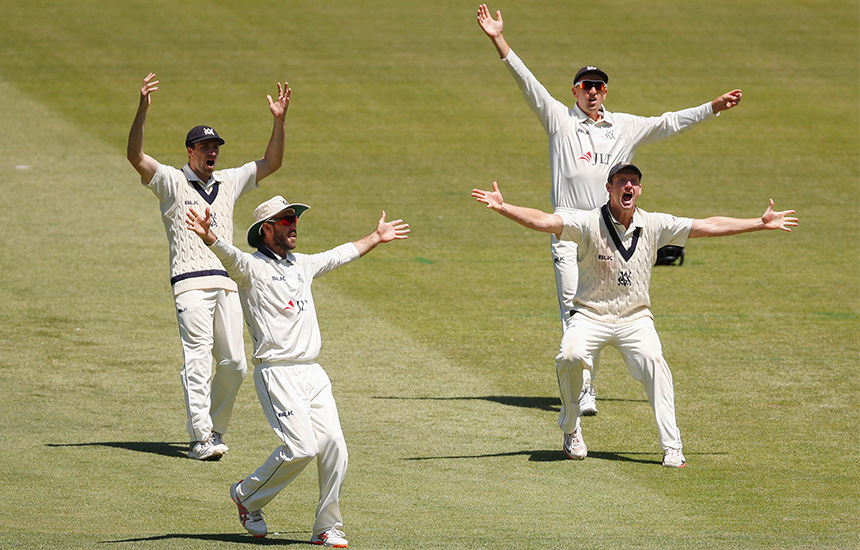 Western Australia have held off Victoria's bowling attack to secure a draw late on Day 4 of the JLT Sheffield Shield clash at the MCG.

Victoria declared at 5d-208 with a lead of 336 runs just before Lunch, and were quickly in a commanding position after managing two quick wickets before the break.

Earlier, top-of-the-table Victoria set up their tilt at a fourth win of the season with a commanding first innings of 9(dec)-424, with Turner top-scoring with 80 as WA were bowled out for 296 in reply.

Nic Maddinson made 162 in his debut for the Vics but he suffered a broken arm when hit by a Jhye Richardson bouncer on Sunday and will be sidelined for up to six weeks.

Cameron White (119) also made it to triple figures, the 35-year-old recording the 22nd century of his first-class career.

Victoria’s next Sheffield Shield match will be at the CitiPower Centre, Junction Oval from 23-26 February against Queensland following the BBL break.