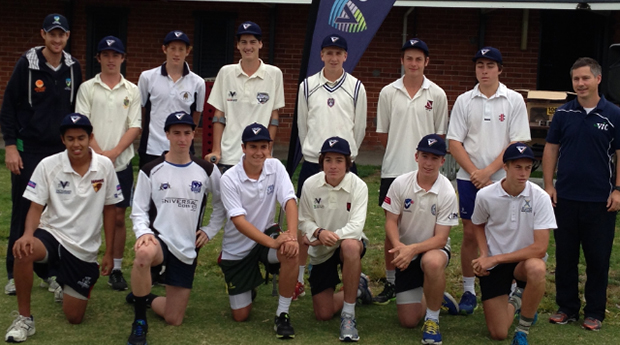 A 13-man squad will travel to Darwin next week to represent Victoria at the School Sport Australia 15-and-under Cricket Championships.

The squad is blessed with rich cricketing bloodlines with the relatives of three former Bushrangers selected; Mackenzie Harvey, nephew of Ian, Sam Elliott, son of Matthew and Will Sutherland, son of James.

“We have a well-balanced side with a great mix of pace and spin, a quality batting line-up and a number of players that have performed well in Cricket Victoria’s pathway program.

“We have some great young men in the side that are looking forward to the challenge of playing in what is traditionally off-season for Victorian cricketers and competing in the warmer climate of Darwin.”

With the trials process beginning last year, performances were monitored by the selection panel during representative cricket across the January school holiday period with further trial games held prior to announcing the final 13.

“Our aim is to give the squad a professional experience, one that challenges them and drives them to be the best cricketer they can be,” Koop said.

Further representative opportunities will be on offer with the best cricketers from the School Sport Australia 15-and-under Cricket Championships forming a Cricket Australia XI to take part in the Under-17 National Championships in September.