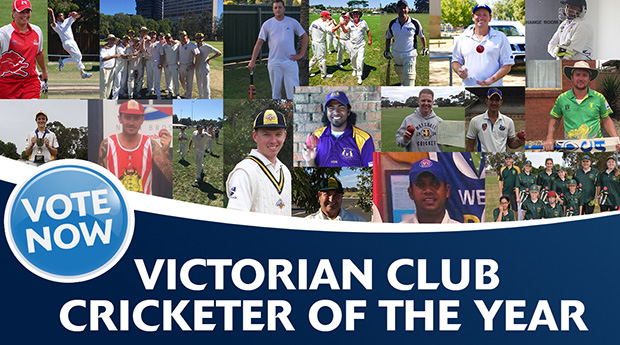 Vote now for your Victorian Club Cricketer of season 2015-16 and you could win a $50 voucher from Gray-Nicolls.

Who do you think was the best Victorian Club Cricketer of the Week in season 2015-16?

Nineteen of our best performing club cricketers have been selected, and now it’s your turn to vote for the best.

The winner will take home a $150 Gray-Nicolls voucher, as well as a signed Commonwealth Bank Bushrangers bat for their local club. One lucky voter will also pick up a $50 voucher from Gray-Nicolls just for voting.

To cast your vote, visit the voting page here.

Last year the award was won by David Johnson from the Warranwood Sharks CC, who took 10-20 with the ball and made 66 runs with the bat during one outstanding match last season.