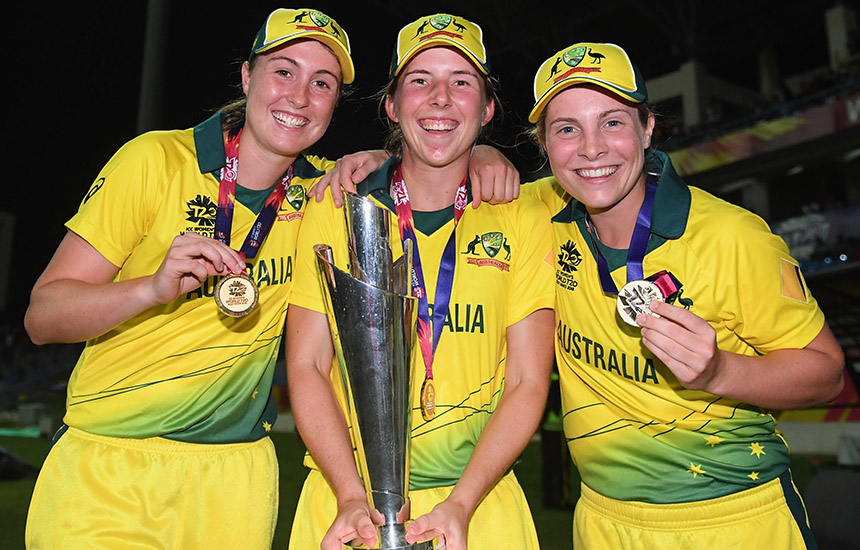 Cricket Victoria congratulates the Australian team on their emphatic victory at the ICC WT20 in the West Indies.

The Australians won their fourth ICC WT20 title earlier today after a commanding 8 wicket victory over England in the final in Antigua.

“We congratulate captain Meg Lanning, Sophie Molineux, Elyse Villani, Georgia Wareham and Tayla Vlaeminck on their outstanding win at the ICC World T20 in the West Indies. Victories like this do not come easily and there has been an enormous amount of work done by the players and their support staff at state and national level to prepare them for the tournament.”

“We are really proud to have such a strong group of Victorian players in the national team. They are fantastic role models for women, men, boys and girls across our state who are involved in sport and have a passion for cricket. We look forward to welcoming them home to celebrate!”

Victorians will get the opportunity to congratulate the winners later this week as all eight Rebel WBBL sides arrive in Melbourne for the opening round of competition at the CitiPower Centre at Junction Oval on December 1 and 2.