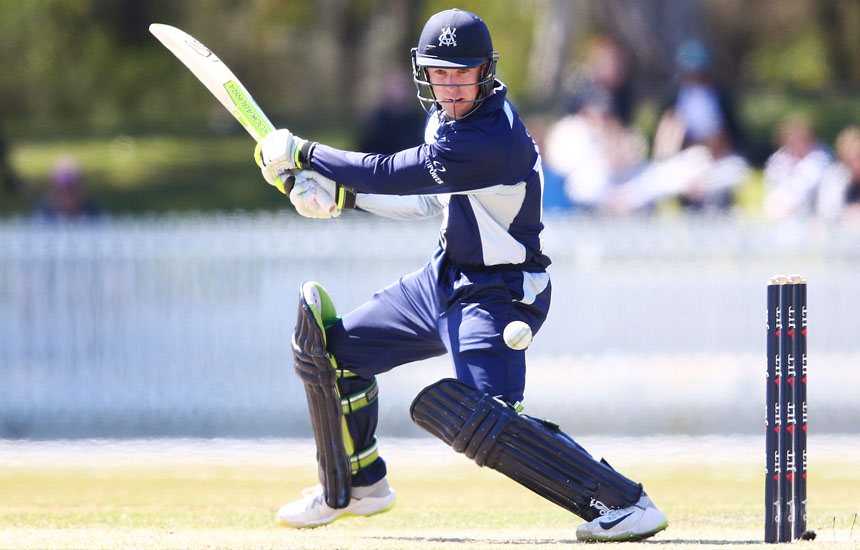 Our expert panel takes a look into the crystal ball to detail their predictions ahead of the 2018/19 Premier Cricket season.

The team to beat will be…

Paul Amy: St Kilda. The Saints had the better of Dandenong in a semi-final last season, have recruited well and look well equipped for another push at the premiership.

Toby Prime: Fitzroy Doncaster. Andrew Perrin returns from a stint with Tasmania to spearhead the attack alongside Trent Lawford. Don’t put it past the dynamic pair to combine for 100 wickets this season.

Luke D’Anello: Fitzroy Doncaster.  The return of Andrew Perrin, who claimed 50 scalps in 2015-16 and was rewarded with a contract with Tasmania, is a massive boost. Perrin and Trent Lawford combined for 97 wickets three seasons ago and are set to cause havoc again.

The big improver will be…

Luke D’Anello: Camberwell Magpies. While former coach Brendan Drew leaves a hole, Camberwell has secured a nice batch of recruits, headlined by former Tasmanian quick Andrew Fekete and English import Lewis McManus, who has made 32 appearances for County side Hampshire.

Megan Hustwaite: Camberwell Magpies.  The 2016-17 minor premiers missed finals last summer but are set for a triumphant return to the top 4.

Paul Amy: Casey South Melbourne. The Swans had a doleful 2017-18 but with some good inclusions should rise a few rungs. Former Dandenong batsman Ryan Quirk, the joint Second XI player of 2017-18, is one to watch, as is quickie Nathan Lambden.

Toby Prime: Camberwell Magpies. Coach Brendan Drew will be a significant loss but the Magpies appear well-equipped to cover his departure. Andrew Fekete will take the new ball, while English import Lewis McManus also brings first-class experience. Oliver Gunning could also blossom after crossing to the Sports Ground from Melbourne.

Megan Hustwaite: Nic Maddinson (St Kilda).  A matter of not if but when.

Toby Prime: Liam Bowe (Essendon). Bowe already has Big Bash League experience and could be in line to feature in the long form of the game for his state this summer.

Luke D’Anello: Harrison Smyth (Carlton).  A Team of the Year member last season, Smyth hammered 814 runs – the second most in the competition behind Geelong’s Eamonn Vines – at an average of 50.88. He was ever-consistent, returning five half-centuries and two tons and played one Futures League match for Victoria. He’s only 24 and is a player to watch.

Tom Morris: Mackenzie Harvey (Carlton). Pencil him in for a middle order spot. Precociously talented and ready to go.

The recruit who will make the biggest impact will be…

Luke D’Anello: Lewis McManus (Camberwell).  The 23-year-old wicketkeeper-batsman has represented England at under-19s level and has a highest score of 132 not out for Hampshire. Will be a key for the Magpies.

Paul Amy: Jake Hancock (Prahran).  Returns to Prahran (as skipper) and Premier Cricket after two seasons in Tasmania.  Hit more than 600 runs for the True Blues in 2015-16 and can be expected to score just as heavily this season, leading by example.

Tom Morris: Nic Maddinson (St Kilda). Was playing Test cricket two years ago and will do some serious damage either side of the Big Bash.

Toby Prime: Lewis McManus (Camberwell). The 23-year-old has played 32 games for Hampshire after debuting in May 2015. Played England under-19s and made his maiden first-class ton earlier this year when he finished unbeaten on 132. Will be one to watch.

The young player to watch…

Paul Amy: Ed Newman (Dandenong). The stylish left-hander was promoted to the Victorian squad over winter. Made an assured 40 in last season’s Grand Final. Bigger knocks and better things await him as he develops under the astute eye of coach NJ Speak.

Toby Prime: Sam Harbinson (Northcote). Injury kept him to nine First XI games last year, but the fast-bowling all-rounder is highly rated at Bill Lawry Oval. Capable of opening the bowling and batting top order, he peeled off an unbeaten 150 in the last game of the Second XI season in 2017-18.

Luke D’Anello: Matthew Underwood (Footscray).  Emerging left-hander who scored 516 runs last season, with three half-centuries. Underwood scored his maiden Premier Cricket First XI ton in the final round of 2015-16 and has established himself in Footscray’s line-up over the past three seasons.

Megan Hustwaite: Jake Fraser-McGurg (Monash Tigers).  Played a few games in the 1st XI last season as a 15-year-old and will continue to blossom after the experience of captaining Vic under-17’s.

Megan Hustwaite:  Ian Holland (Ringwood).  Has won and done it all in Premier Cricket and fit and firing will be like a new recruit for the Rams.

Toby Prime: Ian Holland (Ringwood). Holland has been the competition’s standout all-rounder for several years. A shoulder injury ruined most of his Premier Cricket campaign last season but has just returned from another stint in England with Hampshire.

Luke D’Anello: Ian Holland (Ringwood).  The gun all-rounder will be hoping to lead Ringwood back to the finals after losing his Victorian contract in 2017. Holland has been one of the competition’s standout players for several seasons and won the Ryder Medal in 2014-15.