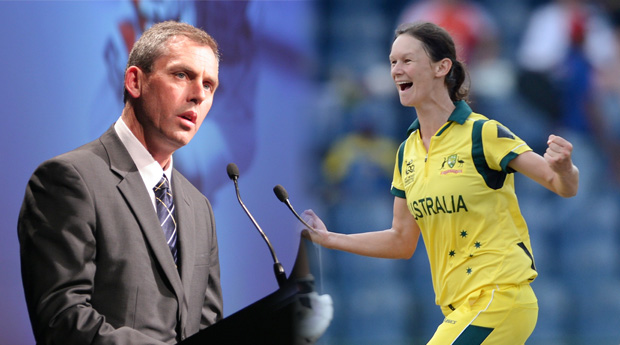 Having earnt inclusion in the ICC team of the tournament in September after topping the wicket tally at the World Twenty20 in Sri Lanka, Julie Hunter, who played a key role in Australia’s victory, was recognised by VU for her outstanding performances in the cricket arena.

Hunter, 28, is currently ranked number five on the ICC Twenty20 bowling rankings and played a pivotal part in the Commonwealth Bank VicSpirit’s past three WT20 titles.

VU also bestowed one of its most prestigious honours on Cricket Victoria (CV) Chief Executive Officer Tony Dodemaide by inducting him as the 10th athlete into its Sporting Hall of Fame.

Dodemaide was appointed CEO at CV in early 2007 after filling the same role at the Western Australian Cricket Association for the previous three years.

Cricket Victoria congratulates Julie and Tony on their accomplishments.