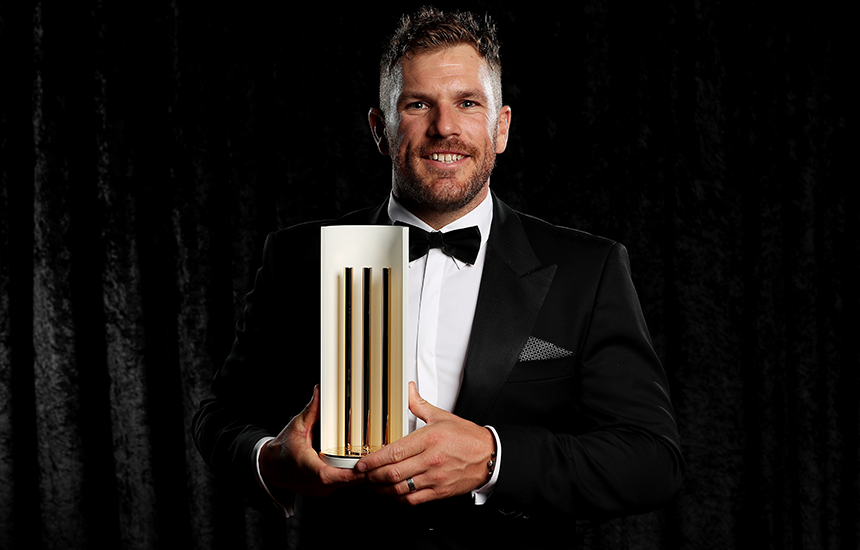 Victorian cricketers picked up a number of awards last night at the Australian Cricket Awards in Melbourne.

Ellyse Perry won the Belinda Clark Award as the best female player, after another exceptional year of performances. She played a crucial role in helping Australia retain the Women’s Ashes, before a standout WBBL season which was cut short by injury.

Aaron Finch was crowned Male One Day International Player of the Year after a mammoth year at the top of the white ball order for Australia. The limited overs captain amassed 1141 runs at 51.86 including a high score of 153*.

Molly Strano was adjudged Female Domestic Player of the year after a standout WBBL campaign. She topped the wicket takers list over the course of WBBL05 with 24 scalps at an impressive average of 16.91. The 27-year-old has also been Victoria’s top WNCL wicket taker, with 11 wickets from eight matches.

The Betty Wilson Young Cricketer of the Year went to 21-year-old Tayla Vlaeminck. Having made her Test debut in July again England in the Women’s Ashes, Vlaeminck put together an impressive 2019 which saw her cement a regular spot in Australia’s bowling attack and is regarded as one of the fastest bowlers in the country.

Sharon Tredrea was also inducted into the Australian Cricket Hall of Fame. You can read more about her induction here.