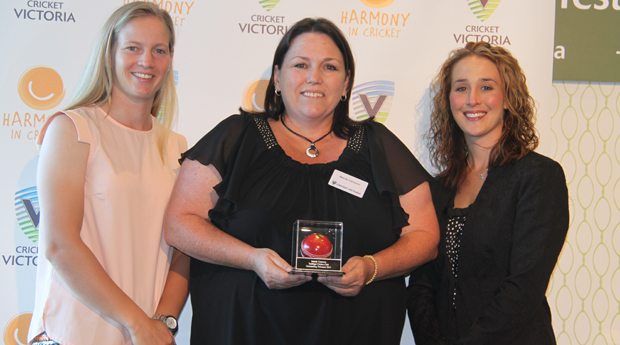 Staged in the Olympic Room at the MCG, Commonwealth Bank Southern Stars and VicSpirit captain Meg Lanning and Parliamentary Secretary for Carers and Volunteers, Gabrielle Williams, MP, presented recipients with their awards.

Prior to the presentations, Lanning addressed the audience, giving them an insight into her cricket career as well as acknowledging the support of volunteers.

An umpire with ten years of experience, Frampton has been dedicated to growing the umpire stocks within his association while Cameron has shown her commitment to helping junior cricket thrive at her club.

“It’s great recognition but most importantly it’s recognition for all of the work that volunteers do,” Frampton said.

“It was a great honour (to receive the award),” Cameron said.

“You just go out and do things and you don’t really expect anything like this.”

Throughout the year, Victorian cricket clubs and associations were asked to nominate their highly valued volunteers.

Cricket Victoria would like to congratulate all of this year’s volunteers and would like to thank them for their continued support.