We need a home: Warne 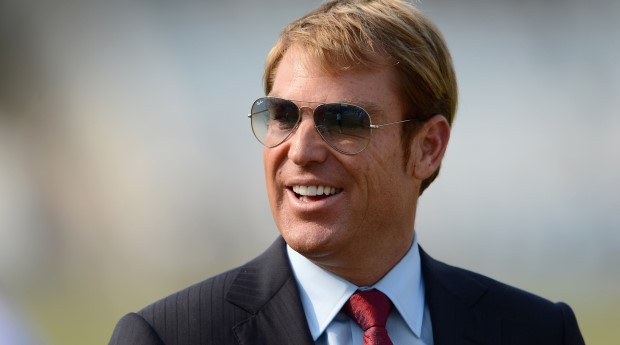 Victorian greats Shane Warne, Merv Hughes and Dean Jones have continued their plea for the creation of the Victorian Cricket and Community Centre at the Junction Oval.

Having penned an open letter alongside 19 other past and present Victorian representatives calling for state and federal government support at the weekend, the trio fronted the media today following The Shane Warne Foundation’s Ashes Luncheon and renewed their call for action.

“In Melbourne we pride ourselves on being the sporting capital of the world, and our cricket team might not have a state-of-the-art place,” Warne said.

“If the government don’t get behind us and give us the funding and support to Cricket Victoria, if they don’t give us the money that we need, the simple fact is that in the next few months there will be no home for St Kilda Cricket Club and Cricket Victoria are going to have to look at alternative venues.

“It’s a real shame and that’s why we’re all getting behind it. We’re pretty passionate about it.

“To have young kids there and have the future for young kids to play at the Junction Oval at a world-class facility is really important.”

The purpose built facility would consolidate Cricket Victoria’s administration, development and training functions into a single location, as well as providing a boutique-sized alternate first-class venue for the Commonwealth Bank Bushrangers and VicSpirit.

With cricket being a sport of choice for regional Victorians, the facility will provide cricketers, administrators, volunteers and coaches from across the state with access to first-class services, training programs and experiences on an all-year round basis.

Having been asked whether Victoria faced becoming a cricket backwater without the establishment of the facility, Hughes was unequivocal in his response.

“I don’t like to believe that, but certainly we need an alternative venue to the MCG (because) Aussie Rules plays (there) through September and that hampers the preparation for the cricket season,” Hughes said.

“You have a look at guys from the other states (and) they’re a bit ahead of us.

“If we can get funding for the Junction Oval, get that up and running and give Victoria cricketers a base where they can train 12 months a year, that would be fantastic.”

The Victorian Cricket and Community Centre presently has $10 million committed to the project from Cricket Victoria ($6 million) and Cricket Australia ($4 million).

“The other thing is like any big business or any good business or successful one, the foundation has to be strong,” Warne said.

“If you don’t have a good foundation, it’s going to fall apart.

“Cricket Victoria, St Kilda Cricket Club, we need a home and we need that to be an alternative venue for us and we hope the government come and support us.”