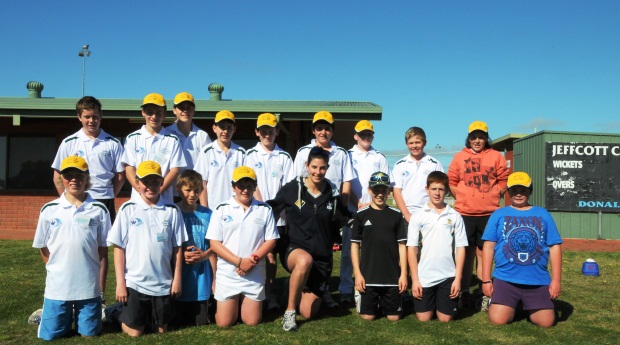 Staged in Donald earlier this month, Ingles was on hand along with other key Cricket Victoria personnel including Country
Game and Market Development Manager Chris Harris and Education and Training Coordinator Jarrad Loughman, who last season guided Richmond to the Premier Cricket title.

For a successive year, the camp, which was overseen by Regional Cricket Manager Stephen Field and local cricket volunteer Chris Leith, providing junior players aged 10 to 16 in the Western Waves region with the perfect opportunity to hone their skills.

“The thing that really stuck a cord with this group of kids was their unwavering enthusiasm to play cricket and want to improve their game,” Inglis said.

“All of the kids from the bottom to the top age group were so keen and had what seemed like unlimited energy and they got to test out all their skills across to two packed days.

“The camp is a great way to bring so many budding cricketers together from such a widespread region.”

On the opening day of the camp, Harris, Field and Inglis conducted a wicketkeeping/fielding coaching seminar for the volunteer coaches in the association, as well as many of the young cricketers who were camping overnight.

In total, more than 20 volunteers assisted with the delivery of the two-day camp.