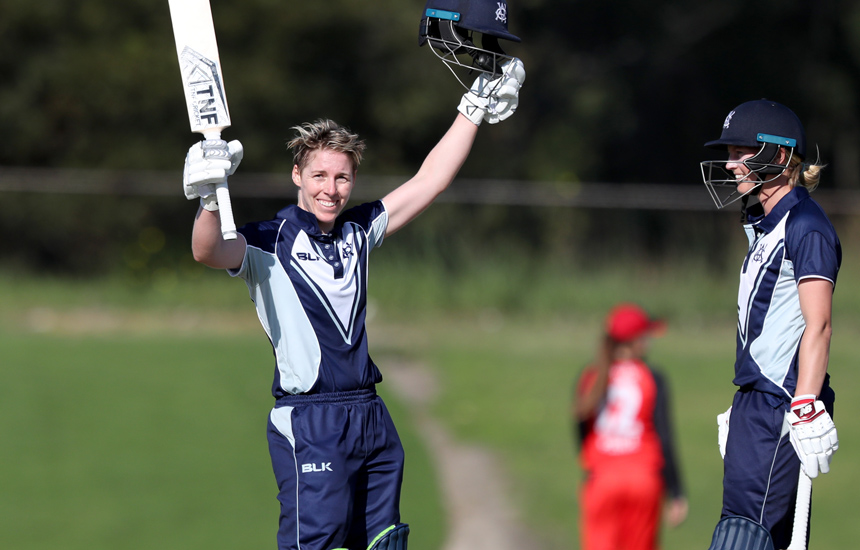 A big Saturday win in WNCL sees the Vics return with a spring in step.

Victoria has returned from a successful weekend in the opening round of the WNCL at Murdoch University in Perth.

The highlight: A solid 73 at the top from left-handed all-rounder Sophie Molineux anchored the innings during the chase. Meg Lanning’s handy 37 off 27 kept Victoria in sight of the total

The opposition: The damage was done in the middle order as Mathilda Carmichael, Heather Graham and New Zealand international Sophie Devine added 163 runs between them. The 270 total was always imposing.

The rookie: Chloe Rafferty became the latest Victorian player to make her full debut and was presented with her Victorian cap by Meg Lanning. She bowled two overs for 16 runs.

The highlight: Look no further than the outstanding batting performances from Vic captain Meg Lanning (120*) and fellow Australian batter Elyse Villani (106). for Victoria’s victory over a solid SA side. When Sophie Molineux departed for 9, the score was 1-13. The next wicket fell at 2-247.

Notable: 20 year-old Makinley Blows, who debuted for Victoria last season, took wickets in both matches in Perth. Her two against South Australia were Australian players Megan Schutt and Amanda Wellington.

October is a month off for the WNCL with the next game against the ACT at Manuka Oval on November 9.