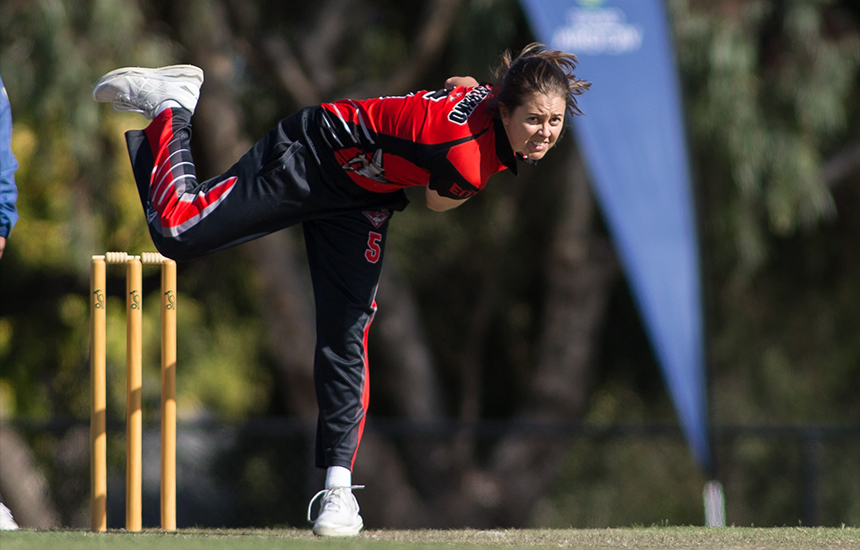 Sophie Molineux, Kristen Beams, Molly Strano and Georgia Wareham will be in action this Wednesday night when Essendon Maribyrnong Park (EMP) and Dandenong go head to head in the Women's Premier 1sts T20 Grand Final at the CitiPower Centre in St Kilda.

Both sides finished the home and away component of the T20 season on 20 points.

The clubs completed a dress rehearsal last Sunday at Shepley Oval in Dandenong with Essendon Maribyrnong Park winning by 20 runs thanks to performances from Makinley Blows, Natalie Schilov and Chloe Rafferty.

Molineux, fresh from making 55 for the Melbourne Renegades in the WBBL semi final in Sydney, has made 130 runs in just two T20 innings (with a knock of 102 against Carlton-Brunswick in the opening round).

The match commences at 5:15pm and will be live streamed by MySportLive via Victorian Premier Cricket Facebook. Journalist and broadcaster Megan Hustwaite will be commentating the match.

“We’ve got two really good finals ahead of us and in particular having a number of Australian players able to put on their club colours for EMP and Dandenong is fantastic. We wish everyone well for what will be an exciting couple of evenings of women’s Premier Cricket.”