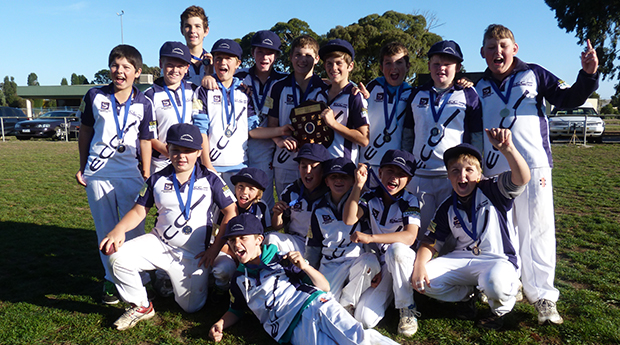 Located between Geelong and Ballarat, the small country town of Elaine is beating the odds, overcoming a drought of club cricket that lasted 12 years.

With no local clubs in the area, Dunne and Cricket Victoria Regional Manager for Central Highlands, Campbell Waring conducted sessions in nearby schools to promote the program.

The sessions were an overwhelming success with 35 participants joining in the first year.

Following renewed interest of the game in the area, ECC entered a senior and junior team in the Ballarat Cricket Association in the 2012-13 season.

Despite losing their first four games, the senior side won the division five premiership in their first year after the hiatus and went back-to-back in the following season.

An under-13’s premiership last season (2014-15) made it a hat-trick of wins for the club and Dunne is certain that the youth were the catalyst for reinvigorating the game in the town.

“If it weren’t for MILO in2CRICKET, we would not have a cricket club in Elaine,” Dunne said.

“Once the kids got involved, parents, friends and former players wanted to be a part of the club too and last season we also had girls making up more than half our MILO in2CRICKET program.

“It’s a great little club, our juniors and seniors train together.

“Junior games are followed by our MILO in2CRICKET program which enables families to be present on the one day and also ensures that we have more spectators and volunteers to assist with umpiring and scoring.

“We’re proof that it is possible to reform and get children and seniors playing cricket.

“All it takes is a few players who bring a few more mates down and it continues.

“At one stage we had straw falling out of our clubroom roof and three years later we’ve won three premierships.”