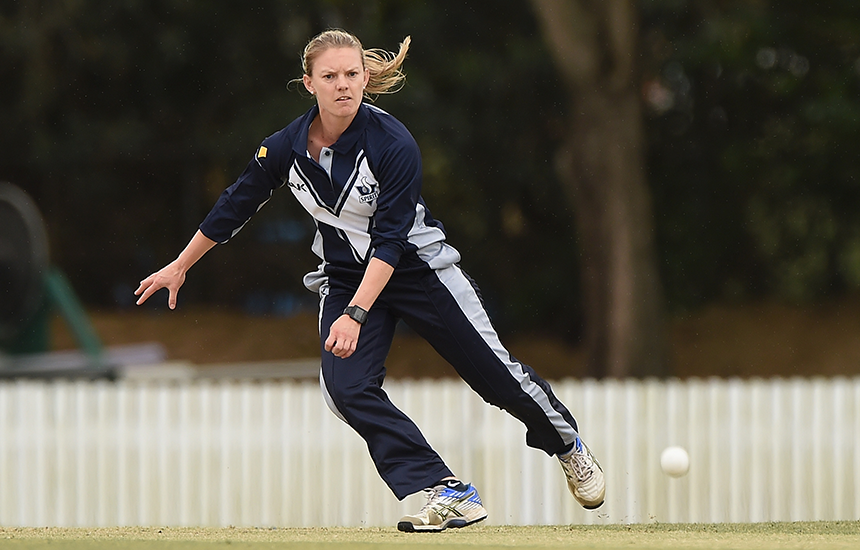 Victorian spinner Kristen Beams will embark on her final season of domestic cricket with Victoria and the Melbourne Stars this season.

The 34 year-old has announced that the upcoming season will be her last in navy blue and green after an outstanding career which has seen her represent Australia at every level.

“We’ve got a big season ahead and I wanted to be up front about my plans for the future,” Beams said. “The competitive fire still burns bright in me and I’m looking forward to kicking off the WNCL season this weekend and preparing for the upcoming WBBL season with the Stars,” Beams said.

The news comes as Victoria names a squad full of youth ahead of its opening two WNCL games of the 2019-20 season which begin this Sunday in Adelaide.

Beams and Elyse Villani give the side some experience in both the batting and bowling departments, while 16-year-old Tess Flintoff is a chance to make her WNCL debut.

Sophie Molineux is unavailable as she continues her recovery from a shoulder injury.

Victoria’s Head Coach David Hemp said it was an exciting opportunity for young players to make their mark at the top level.

“We’re missing some top-end experience, but that provides chances for other players to put their hand up for roles within the side,” he said.

“Molly Strano, Kristen Beams and Elyse Villani are an experienced core for us to work around and hopefully they can lead the way with bat and ball.

“It’s exciting to have Tess Flintoff in the squad. She’s made great strides in her development for someone so young and we’re looking forward to seeing her continue the progress she’s made over the pre-season.”

Victoria will face the ACT on Sunday, before facing the NSW Breakers on Tuesday. Both matches will start at 10.30am AEST (10am local time) and be live scored on cricket.com.au.