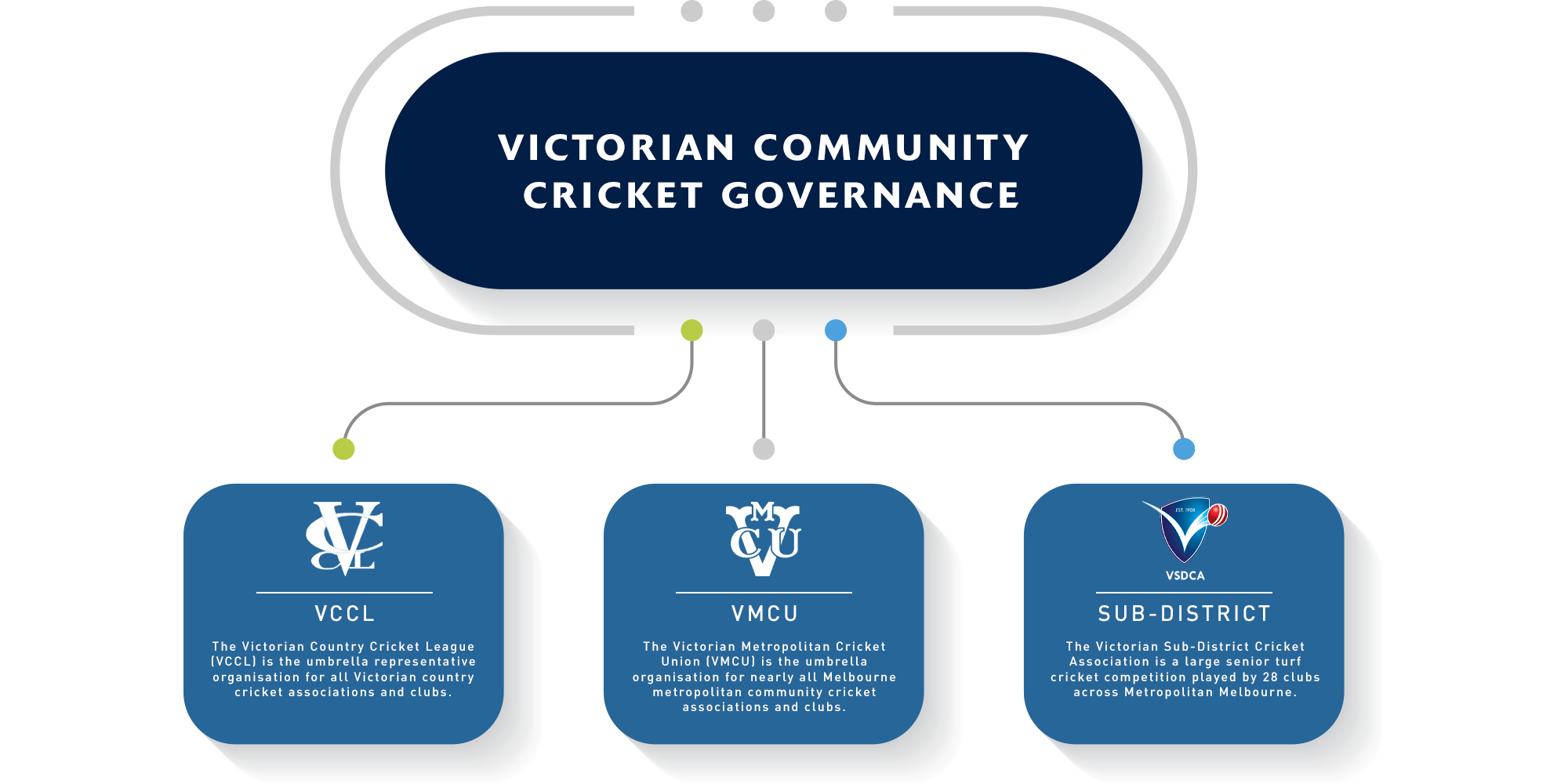 The Victorian Country Cricket League (VCCL) is the umbrella representative organisation for all Victorian country cricket associations and clubs. For administrative purposes, country Victoria is divided into eight Regions created under the League's constitution. – Region details The League was formed on 7th September 1926, and as a voting member of the Victorian Cricket Association (Cricket Victoria) represents country Victorian cricket interests on that body. Membership of the VCCL is the avenue through which country cricket associations and their constituent clubs gain access to the many services and assistance opportunities available from CV and through association Cricket Australia. There are around 40 Associations under the VCCL umbrella – VCCL Associations

The Victorian Metropolitan Cricket Union (VMCU) was formed in the 1913/14 season and is the umbrella organisation for nearly all Melbourne metropolitan community cricket associations and clubs. Similar to the VCCL, is represents the interest of metropolitan cricket to Cricket Victoria (CV) and works collaboratively with CV and the VMCU Associations to help oversee community representative cricket and develop community cricket in Melbourne. There are around 30 Associations who participate in seasonal or representative competitions under the VMCU umbrella – VMCU Associations

The Victorian Sub-District Cricket Association is a large senior turf cricket competition played by 28 clubs across Metropolitan Melbourne. Many VSDCA clubs are also connected to VMCU affiliated competitions as well with junior, additional senior or veterans’ teams. Formed in 1908/09, the VSDCA works collaboratively with Cricket Victoria and its Member clubs to grow the game of cricket in Melbourne. VSDCA clubs

Whilst many outdoor Associations and indoor centres offer playing opportunities for ‘over-aged’ players, VCV oversee various outdoor competitions for a number of age groups and is the body who oversees state teams who compete in National (outdoor) “Over 50” and “Over 60” Championships managed by Veterans Cricket Australia.

Cricket Victoria has released a blueprint for the future of community cricket across Melbourne. 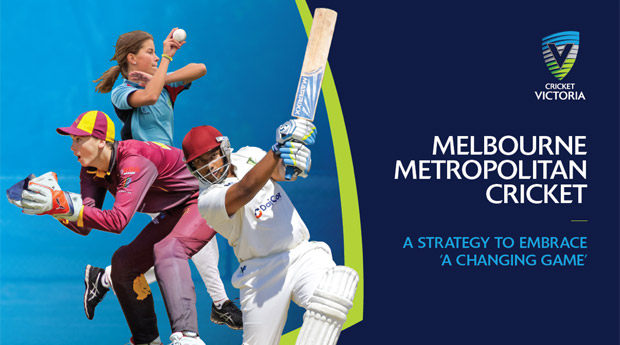 Melbourne Metropolitan Cricket – a strategy to embrace a changing game has been co-designed by a steering committee of representatives from local cricket associations.

The vision proposes the transition towards a five-zone model for cricket that aims to improve cricket and better service the administration of the game at a local level.

Participation is at the centre of the strategy, with Cricket Victoria and the Steering Committee focused on ensuring the future sustainability of the sport.

It builds on the successful set-up of Cricket Southern Bayside in 2016-17 and the existing delivery of cricket via the 22 metropolitan cricket associations and cricket clubs across Melbourne.

The new zones are geographically aligned with Local Government boundaries and made up of north west, northern, eastern and south east, joining Cricket Southern Bayside which is already in operation.

You can also read all of our frequently asked questions here.

If you have any questions or comments relating to the Melbourne Metropolitan Cricket Strategy, please feel free to submit them below and one of Cricket Victoria’s staff members will be able to provide a response by the following working day.