Country faces round one challenge 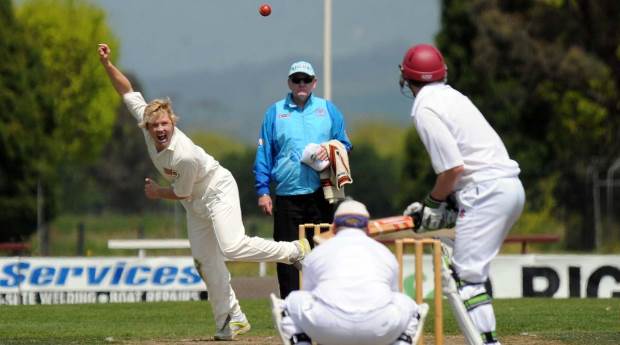 The Blues will resume this morning at 7-321 with an over to bat before the compulsory closure of their innings.

The defending champions had no hesitation in batting first after winning the toss and their decision was soon vindicated as openers Graeme Batty (34) and Jeffrey Goninan (24) put on a 58-run partnership.

The introduction of Sale-Maffra all-rounder Brad Scott (3-69) proved telling as he removed both openers in quick succession to mount a fight back.

NSW steadied, however, as Mark Littlewood (96) and Greg Hunt (85) combined for a record 164-run stand for the Blues against Victoria to take control of the game.

“We’re confident that if we bat all day we will get the points. That’s our strength, but we have to stand up.”

The reintroduction of Ferntree Gully quick Cameron Wheeler (1-62) finally broke the partnership before Traralgon and District left-arm spinner Lee Stockdale (3-64) put the brakes on during the afternoon session.

Play will resume at 10.30am this morning.