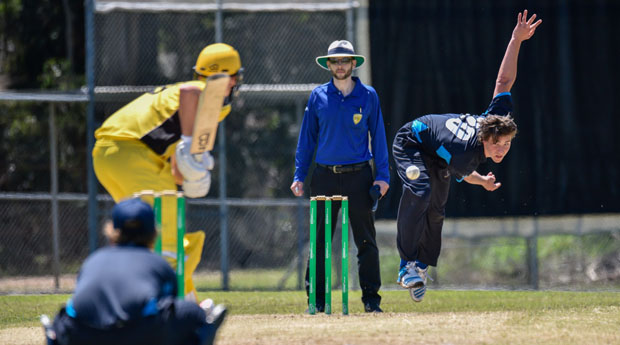 Cricket Victoria's female high performance academy squads are in full-swing ahead of another big season of National Championships action.

Up to 170 players across six squads (Under-15 Country, Under-15 Metro, Renegades Under-16 Academy, Stars Under-16 Academy, Under-18 Development squad and Under-18 High Performance squad) have been invited to attend phase one of training over winter, which officially kicked-off in the first weekend of June.

The Under-18 Championships will be held in Canberra between November and December, and will feature separate Twenty20 and 50-over competitions for the first time.

Training will take place in the MCG indoor nets and in Maribyrnong, where squad members will undertake several different match-based and mental skills training drills.

Final squads for the Under-18s will be selected in October following a country camp between September and October.

The Under-15 National Championships will take place in Adelaide, and run in late January 2018.

For the second year running, Victoria will field both Country and Metropolitan sides, giving more of Victoria’s youngest and most talented girls the opportunity to play on a national stage.

Squads for the Under-15 carnival will be selected in October following training sessions at the MCG, with key names such as Tess Flintoff and Ella Hayward (Metro) and Arnika McGregor and Georgia Gall (Country) competing for another spot.

Watch the video above to see highlights from last year’s squad, as well as members who have successfully developed through the Pathway program and achieved higher playing honours.