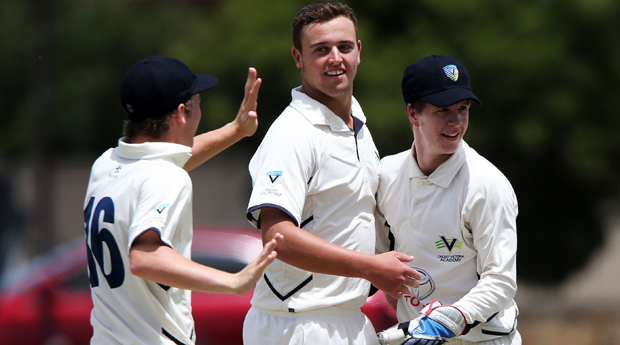 Victorian selectors have chosen two squads to play in an under-17 trial match on Sunday, November 2 at Monash Tigers Cricket Club.

The fixture will be the final chance for players to impress ahead of the National Championships squad being announced on November 6.

Victorian under-17 coach Graeme Rummans says that Sunday is a good opportunity for all those in the selection frame.

“We’ve had several boys performing well in Premier Cricket so it will be good to see them in a match again,” Rummans said.

“There are a few boys playing that weren’t in the Country and Metro series in Barooga so it’s a great chance for them to put their name forward.”

The Under-17 National Championships will be held in Hobart from December 1 to 11 with the side named on November 6.

“Selection will be tough next week,” Rummans said.

“We have a good mix of players with some bottom-aged kids from last year up for selection again.”

The game will be an intra-squad match on Sunday, Novermber 2 at Monash Tigers Cricket Club (Central Reserve) in Glen Waverley.