Victorian Male U17 and U19 Squads Chosen 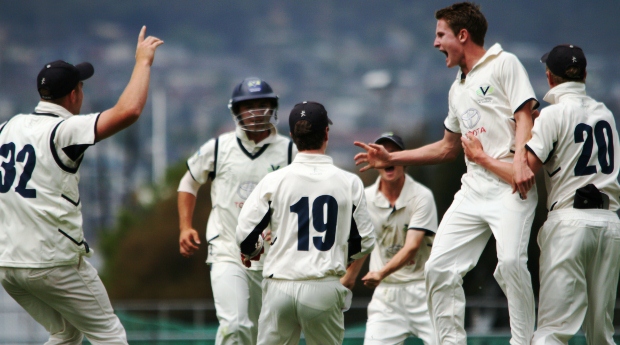 Cricket Victoria and the Youth Selection Panel are pleased to announce the Victorian under-17 and under-19 squads for the Male National Championships.

A team of 13 have been selected to represent the state at the Under-17 National Championships in Hobart from December 10 to December 20, while a squad of 16 have been chosen for the under-19 tournament with the team to be refined closer to the series’ starting date in Adelaide on January 7 2013.

The under-19 side will be led by Commonwealth Bank Bushrangers rookie Meyrick Buchanan, as well as representatives from last year’s team, Jack Paynter and Dominic McGlinchey.

Gisborne’s Jack Baker will be the only player from last year’s under-17 side to return to the team while Liam Banthorpe and Sam Harper have been selected after impressing in Victoria’s under-15 side earlier this year.

Selection of the under-17 team followed the final trial game played on the weekend with coach Graeme Rummans thrilled with the amount of match opportunities available prior to final selection.

“Some players have competed in all six games played, whilst other had played five games,” Rummans said.

“The positive to date has been the way games have been played, this year’s squad have played positive cricket in all games and really provided the Youth Selection Panel with some headaches going into final selection.

“The final team has a good blend of skill sets and we look forward to watching them compete in December at the National Championships.”