500 days to go until the World Cup 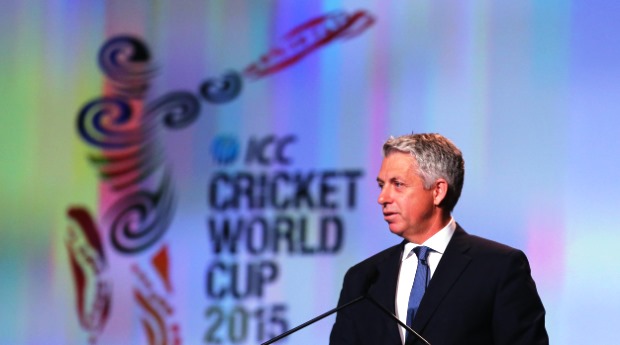 The countdown to the opening ICC Cricket World Cup 2015 match at the MCG between Australia and England has entered its final 500 days.

Earlier this year, the International Cricket Council confirmed the MCG had won the rights to host five matches throughout the tournament including the Final and the tournament opener in Australia.

A total of 14 cities in Australia and New Zealand will host 49 matches over 44 days in February and March 2015, with today signifying another significant milestone in the march towards one of the biggest events on the global sporting calendar.

“We want as many fans as possible to be a part of this event and with such diverse communities in both countries, we’ll be working hard over the next 500 days to ensure everyone has a team to follow and that they can attend a match to play their part in 2015,” ICC Cricket World Cup 2015 Chief Executive John Harnden said.

“Australia and New Zealand have a well-deserved reputation for staging the biggest and best major events which add significant value to the economy, such as the Rugby World Cup in 2011 and the International Fleet Review beginning in Sydney tomorrow.

“We’re confident the ICC Cricket World Cup will attract cricket fans from around the globe and also promote both countries internationally -especially in India and other parts of south Asia.”

Full ticketing details will be announced in November, but fans are encouraged to register at www.cricketworldcup.com to secure access to pre-sales for all ICC Cricket World Cup matches, including the finals series.