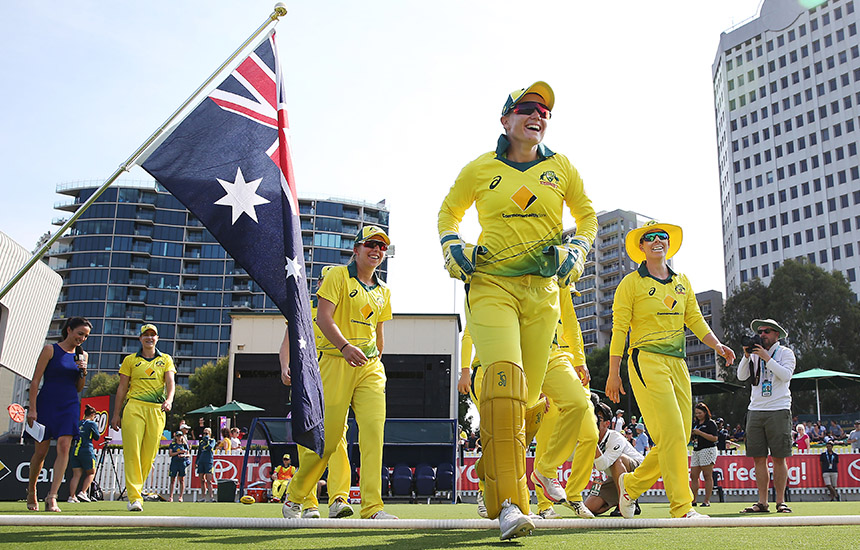 Meg Lanning's side swept all before them book-ending an incredible summer with big wins against the White Ferns.

Australia’s victory over New Zealand in the third and final Commonwealth Bank ODI at Junction Oval on Sunday has capped off a stunning summer of success for Meg Lanning’s team.

Since Australia’s women kicked off the international summer against New Zealand at North Sydney Oval on September 29, they’ve enjoyed an almost unblemished run in both limited-overs formats.

Their 48-run loss to India during the group stage of the T20 World Cup in the Caribbean was their sole defeat from 11 T20Is and six ODIs as they claimed series sweeps in both limited-overs formats against both New Zealand and Pakistan while also taking out their fourth T20 world title.

“Looking back from the T20 series against New Zealand in September, to think about how it’s all panned out is pretty incredible really, and with a big World Cup win in the middle of that,” Australia captain Meg Lanning said after her team completed an ODI whitewash against the White Ferns on Sunday – their 24th win from their last 26 matches across the last 12 months.

“It’s been really busy and it’s taken a lot of effort to get through it but when you look back at the results, it’s been a pretty satisfying summer and it’s something we’ll look back and be really proud of.”

Australia’s players will now enjoy a well-deserved six-week break before their preparations for the Ashes in England begin ahead of the first ODI at Leicester’s Grace Road on July 2.

From there, they’ll be in action almost non-stop until the end of the 2020 T20 World Cup on home soil next March, with limited-overs series against West Indies (away) and Sri Lanka (home) to be held ahead of the first standalone Rebel WBBL in October-November.