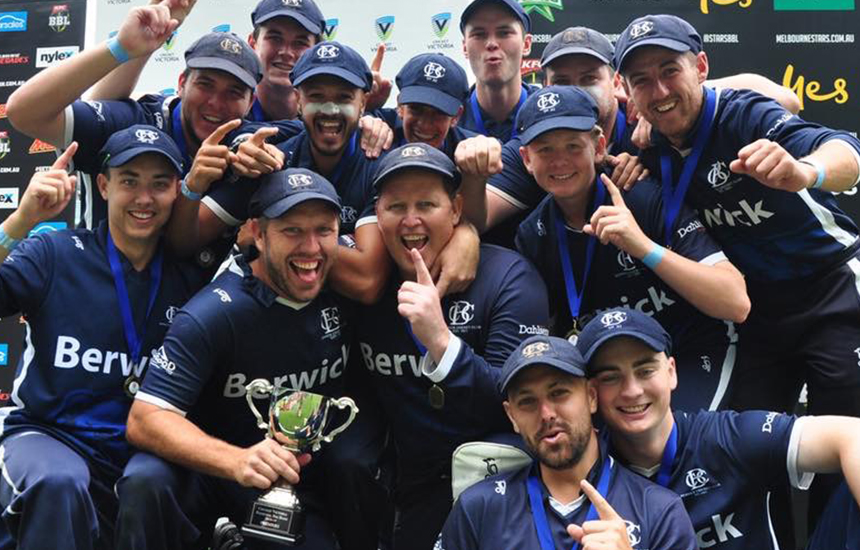 Berwick CC defeated Sunshine United CC by 41 runs at the MCG in the Grand Final of the Regional Big Bash Competition.

The two sides met, having topped their respective Stars and Renegades regional conferences, with three wins against the best teams in each of the cricket regions in Victoria.

Berwick put runs on the board batting first, making 5/161 with a pair of fifties from Jordan Cleland and captain Matthew Chasemore before holding Sunshine to 120. Brendan Rose was exceptional with the ball, taking 3/9 from his four overs.

O’Neill highlighted the importance of providing exciting participation opportunities for local players, through tournaments like the Regional Big Bash,

“Providing opportunities for local country and metropolitan cricketers to represent their community club on the MCG is something the Melbourne Stars, the Melbourne Renegades and Cricket Victoria is proud of and we thank the Melbourne Cricket Club for again supporting this Victorian initiative” he said.

“The Regional Big Bash not only showcases the best T20 community cricket clubs across the state, it also culminates in the ultimate cricket experience of playing at the home of cricket in Australia, the MCG.”

The Cricket Victoria Regional Big Bash provides an opportunity for grassroots cricket clubs from across Victoria to participate in a knockout T20 competition culminating in the final to determine the best community cricket T20 team in the state for the 2018-19 season.

This year there were some nail biting finishes, some dominant team performances and some brilliant individual displays of batting and bowling featuring nine half centuries, four 5-wicket hauls and a double hattrick!

Both Berwick CC and Sunshine United CC thoroughly enjoyed the day and experience of playing on the MCG in the final.

Congratulations to Berwick CC and to all teams that participated in the tournament.

Trip to the Final

Trip to the Final