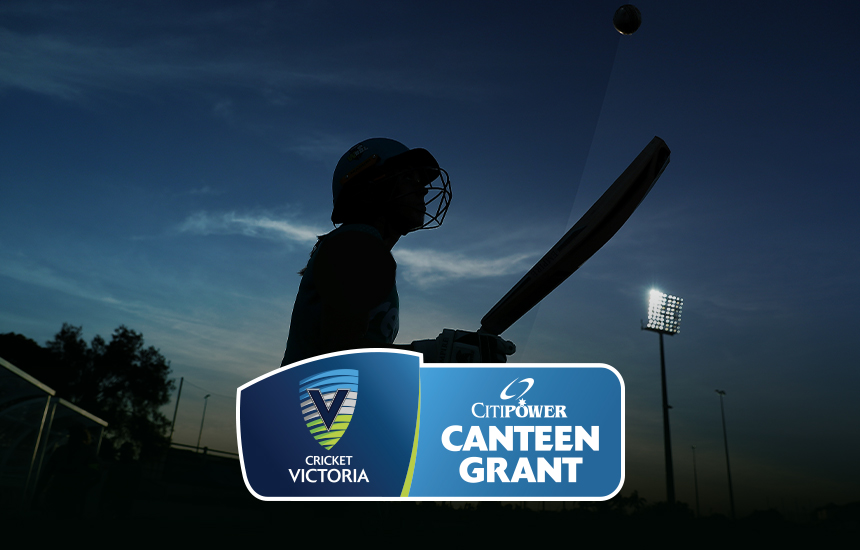 More than $52,000 will be shared between 12 cricket clubs in the first round of the CitiPower and Cricket Victoria Canteen Grants program to improve electrical safety within club facilities.

The successful applicants in the opening year of a five year program will receive between $3,000 and $5,000 each and are:

Metropolitan and regional cricket clubs within the CitiPower, Powercor and United Energy distribution network regions were invited to apply for grants to improve electrical infrastructure in their canteens and the safety of club cricketers and volunteers using the facilities.

CitiPower General Manager Corporate Affairs, Joanne Pafumi, said there was great demand for the grants with close to 60 applications received. But ultimately, clubs providing evidence of an immediate electrical safety issue during the application process were prioritised.

“It was a real concern to hear about clubs which were dependent on unreliable appliances to service their cricket communities,” Pafumi said.

“By meeting an urgent need, we hope the grants will make a difference to keeping people safe as well as help the clubs to get better outcomes from their canteens.”

“As a result of this new initiative, we now have 12 cricket clubs benefitting from the capacity to improve some of their electrical infrastructure. It’s fantastic to see a broad mix of clubs involved in the first round of the program – from Warrnambool to Cobram,” Ingleton said.

As part of a whole of cricket partnership, CitiPower and Cricket Victoria are offering up to $250,000 to be distributed through the Canteen Grant program between 2019 and 2023.