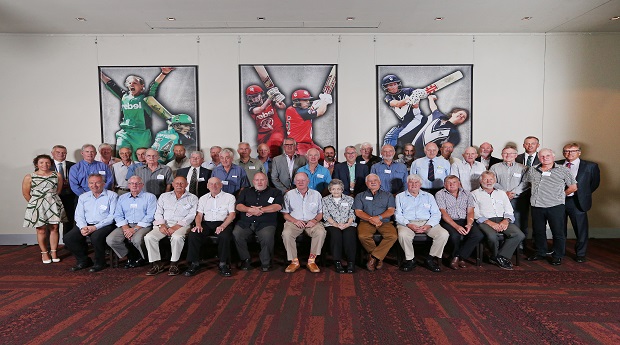 Cricket Victoria held its 50 Year Service Recognition Awards breakfast at the MCG on day three of the Ashes Test between Australia and England.

This was the fourteenth consecutive season the awards have been held, in order to recognise those who have played, coached, officiated and administered our great game. It was the first time our valued volunteers were recognised during a Boxing Day Test, and all guests were granted entry to the third day after the celebratory breakfast.

Hosted by Australian TV presenter Peter Lazer in the illustrious Olympic Room, 37 recipients, who were nominated by their peers received a framed certificate signed by Cricket Australia CEO James Sutherland and Cricket Victoria CEO Tony Dodemaide, to thank them for their contribution and commitment to cricket in Victoria

Attendees were also treated to guest speaker Simon O’Donnell, who spoke of the importance of volunteering and the impact their work had on his own sporting career.

Cricket Victoria would like to congratulate the 36 volunteers who thoroughly deserve their award for their tireless contribution to cricket:

To recognise the fantastic work of those in your local cricket community, don’t forget to nominate someone as part of the ‘A Sport For All Awards’ here.