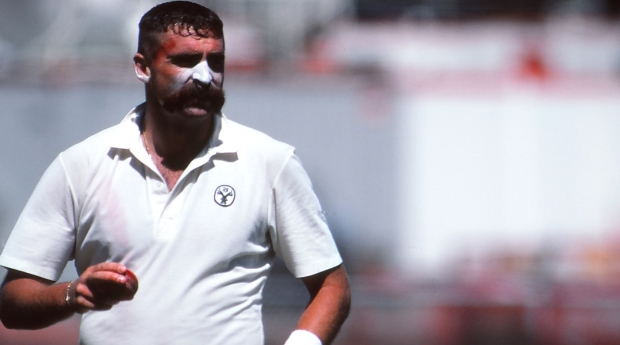 Cricket Victoria (CV) has bestowed Life Membership during tonight's Annual General Meeting on three of its most prolific fast bowlers.

Alan Connolly, Merv Hughes and Cathryn Fitzpatrick were all inducted into the ‘Player category’ for their outstanding service at club, state and national levels.

Having commenced as a tearaway quick, Connolly played 83 first-class matches for Victoria, finishing his career as the state’s all-time leading wicket taker with 330 at 27.04 including best bowling figures of 9-67.

Witnessing his first Sheffield Shield ball during his Victorian debut at the WACA in 1959, Connolly went on to play 201 first-class matches including 29 Tests.

“I shall never forget my first Test as that was the one that Ian Meckiff was no-balled in and I had to take the ball after he was no-balled for throwing.

“That was a little unsettling, particularly as he was my South Melbourne and Victorian teammate as well, I sort of ran in to bowl my first ball for Australia and I got booed as I was doing it and I don’t think I’ll ever forget that, but it wasn’t the best baptism of fire.”

Renowned for his hostile and confrontational spells, there are few players that could have given more for their state or country.

“It gives you a huge thrill that you’ve been recognised not only what you’ve done as a player, but with my involvement with Victorian cricket since,” Hughes said.

“To play for Victoria and to play in the era that we did and we the players that we did, we had some good times, we had some tough times, and overall it was just a bloody great experience.”

Having represented the VicSpirit on 103 occasions, Fitzpatrick also enjoyed a decorated international career that included 13 Tests, 109 one day internationals and two Twenty20 matches for Australia, retiring with 180 wickets as the leading ODI wicket taker of all-time.

Having coached the Commonwealth Bank VicSpirit since 2007-08, Fitzpatrick has also taken the reins of the Australian side this summer including next month’s World Twenty20 in Sri Lanka.

“It’s nice to be recognised for what you do on the field, but also off the field,” Fitzpatrick said.

“I think there’s a few more (female players) that have gone before me that we will probably see over time be inducted and it will be nice to be in their company, the likes of Betty Wilson and Marg Jennings that certainly paved the way and made life easier for me as a player, and hopefully I did that for this generation and the generations to come.”

Tonight’s AGM returned Russell Thomas for a further three-year term as a CV Director, while Tim Considine was elected to the Board to replace Mr Warner, who stood down after 14 years of service.

The record Boxing Day Test crowd provided a welcome injection to the organisation’s finances during 2011-12, which for the first time are represented as both ‘group’ and ‘company’ due to the necessary corporate restructure whereby the Melbourne Renegades and Melbourne Stars are now wholly owned subsidiaries.

In real terms the organisation achieved a break-even operating result, which was pleasing due to the uncertainty around the changes to its business this year.

CV’s Annual Report was also tabled at the meeting and a digital copy can be accessed here.