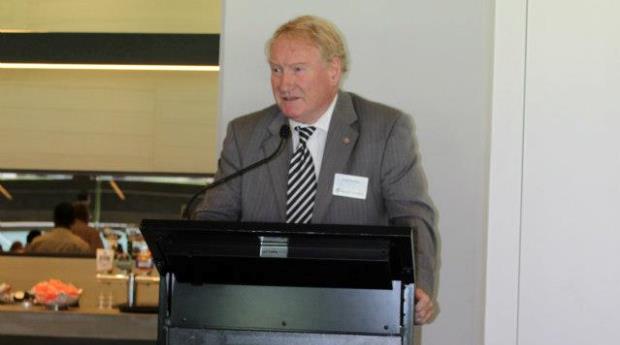 Cricket Victoria Chairman Geoff Tamblyn has been recognised in the Australia Day Honours with a Medal of the Order of Australia.

The long-serving Chairman, who represented Victoria in his sole first-class fixture against England in 1974-75, was awarded his OAM today for service to cricket.

Having enjoyed a decorated playing career with St Kilda, Mr Tamblyn became a Cricket Victoria Delegate in 1988-89 and was elected onto the Board in 1993-94.

He resigned as a Delegate in 2000-01 upon his ascension to the Chairmanship, a position he continues to hold.

From 1997 to 2013, Mr Tamblyn served as a Director at Cricket Australia and was an effective advocate for greater commitment to community cricket and engagement of females in the sport, as well as serving in many other roles for the national body.

“Geoff’s service and commitment to cricket, especially in Victoria but also nationally, over the past five decades has been extraordinary,” Mr Dodemaide said.

“He remains a wonderful example to our cricket community, and the community in general, through his leadership and passion for the sport across all levels, and the people that are engaged in it.

“During his tenure at Cricket Victoria and Cricket Australia, he has driven significant reform and continues to act in the best interest of the sport.”

In addition to his service to cricket, Mr Tamblyn is also a long-term volunteer for ‘SecondBite’, an organisation that redistributes food to people in need.

Cricket Victoria would like to congratulate Geoff Tamblyn on his Medal of the Order of Australia.