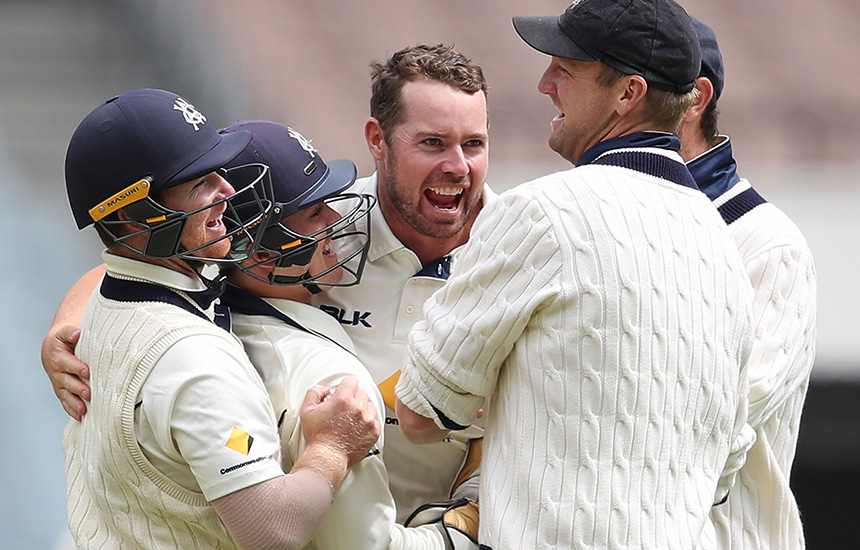 One change has been made to Victoria's JLT Sheffield Shield squad to face Tasmania from this Saturday at Blundstone Arena.

Victorian and Australian spinner Jon Holland returns to the squad in place of Fawad Ahmed, and will be looking to play his first Sheffield Shield match since being recalled to the Australian Test squad that toured South Africa and the UAE.

Holland has been a proven wicket taker for Victoria in recent Sheffield Shield seasons, most notably in the successful 2016-17 season when the tweaker took 50 scalps including a Player-of-the-Match performance of 8-152 in the Final.

“We’re pleased to welcome Jon back into the squad following his recovery from injury. I know he is keen to get back out onto the park for Victoria and play a key role for us in the matches before the BBL break.”

“We’ve made a positive start to the season and but for Mother Nature could have been looking at another strong result against South Australia last round. Tasmania have proven themselves to be a very competitive unit and a win against them on their home deck would really consolidate our position on top of the table.”

Victoria play Tasmania at Blundstone Arena from Saturday, November 17 at 10:30am. The match will be live streamed on cricket.com.au