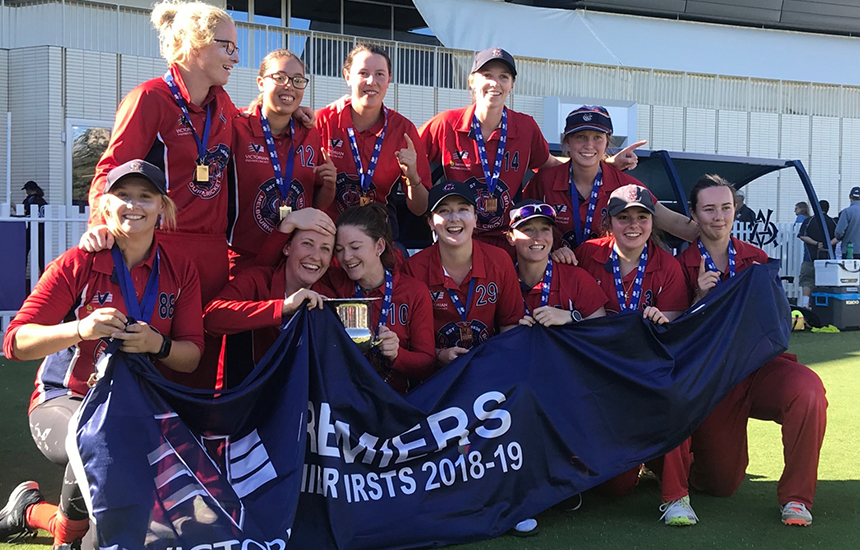 Melbourne Cricket Club has triumphed over Prahran this afternoon to record the club’s first Women’s Premier Firsts One Day title.

Melbourne skipper Teagan Parker won the toss and sent Prahran in on a cloudy day.

The True Blues were missing Jess Duffin and Annabel Sutherland from their line up but opening batter and captain Emma Inglis got Prahran off to a good start with 29.

Melbourne’s Stephanie Townsend did the damage with the ball, taking 3-16 off 9 overs.

In reply, Melbourne’s opening pair of Amy Yates and Amy Vine put on a 79-run stand which swung the match in Melbourne’s favour.

The Demons lost wickets in their middle order but it was an important 18 (40) from Ella Hayward that helped to steer Melbourne to the title.