Under 18 National Championships underway in Tasmania 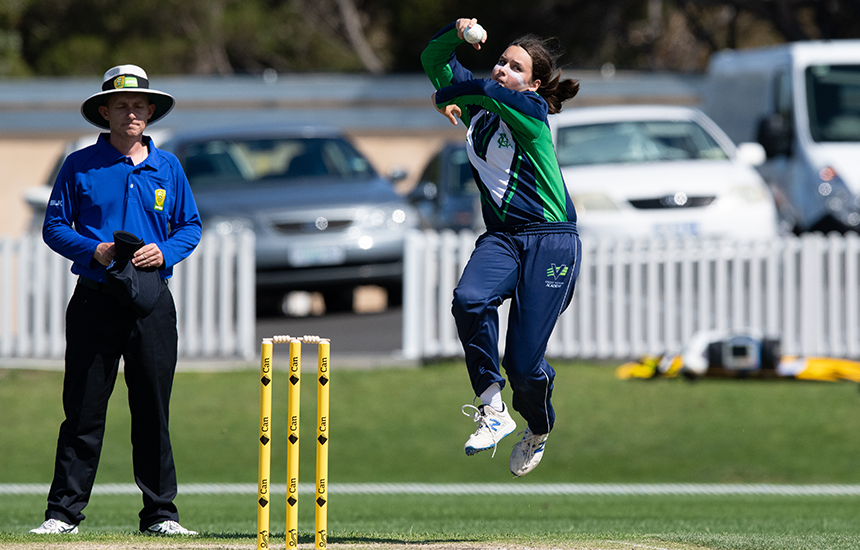 The Under 18 Female National Championships got underway in Tasmania yesterday, with both Victorian teams taking part in two T20 rounds.

Vic Country began it’s tournament on the perfect note, completing a thrilling run chase to defeat the host state by three wickets on the final ball of the match.

Jessica Field (39*) led the way with the bat and Merinda Hale (20) also made a handy contribution at the top of the order to put Country on the path to victory.

Vic Metro had a tougher time of things against Queensland in its Round 1 fixture, going down by 11 runs.

Jessica Matin was the standout with the ball for Metro claiming 4-12 from her four overs, while Ella Hayward chimed in with 3-21. Queensland bowled out for 100 in the final over of the innings.

Metro couldn’t quite get going with the bat, despite Hayward producing 29 and Hailey Ferris making 17. The Vics finished on 9-89 from 20 overs.

Metro fared much better in its second game of the day against Tasmania, completing a 58-run win.

Tasmania never really got going with the bat, thanks mainly to Hayward’s 3-6 from three overs and Olivia Henry’s 2-16. The hosts closing their innings with 7-74 on the board.

Jasmine Nevins’ 19 was the standout performance as Country were bowled out for just 89.

Live scores are available via nationalchamps.com.au.