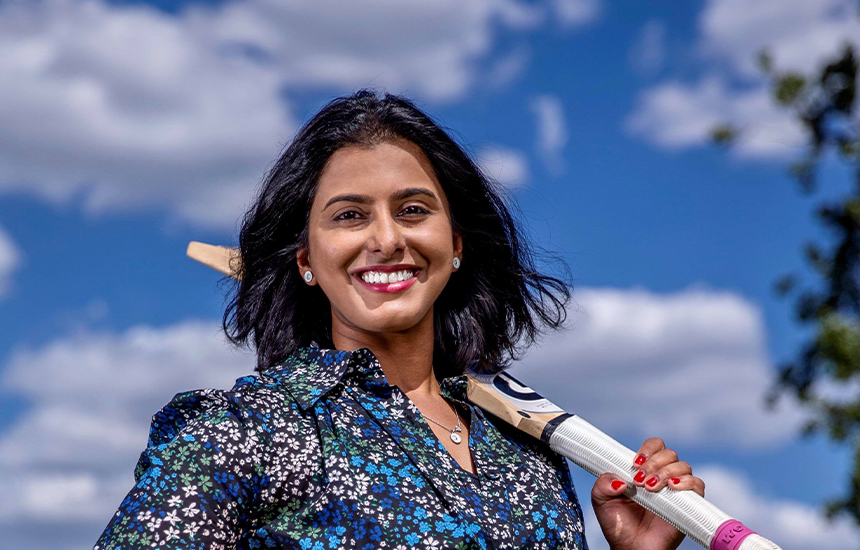 Coming from a Indian ethnic background, Cricket was never too far away from Aish growing up. She attended one cricket training session, received a free hat and t-shirt, made loads of friends and hasn’t looked back since!

Aish, tell us about your cricket journey

Coming from a Indian ethnic background, Cricket is never too far away from our lives! However, my cricket journey began a bit later in my life when a few of the women I played footy (AFL) with asked me to come and play cricket with them during the off season. I wasn’t sure what to expect! I attended one training session, received a free hat and t-shirt, made loads of friends and haven’t looked back since!

It is good that many of these” male dominated sports” have women representative teams now. It is a great opportunity for women. However, there is still a long way to go in terms of cultural shift in societal attitudes and behaviours. It is not just the representation but also the support systems around the sports which require significant changes. But my hope is that young women are taken seriously and have legitimate sport futures. They also need to be respected and valued in every sporting environment and that there are genuine pathways that are visible where they can succeed and stay in sport.

Who’s your female icon and why?
I really look up to my twin sister Akshaya. She always strives to be the best that she can be in whatever she puts her mind to and she pushes me to be a better version of myself. 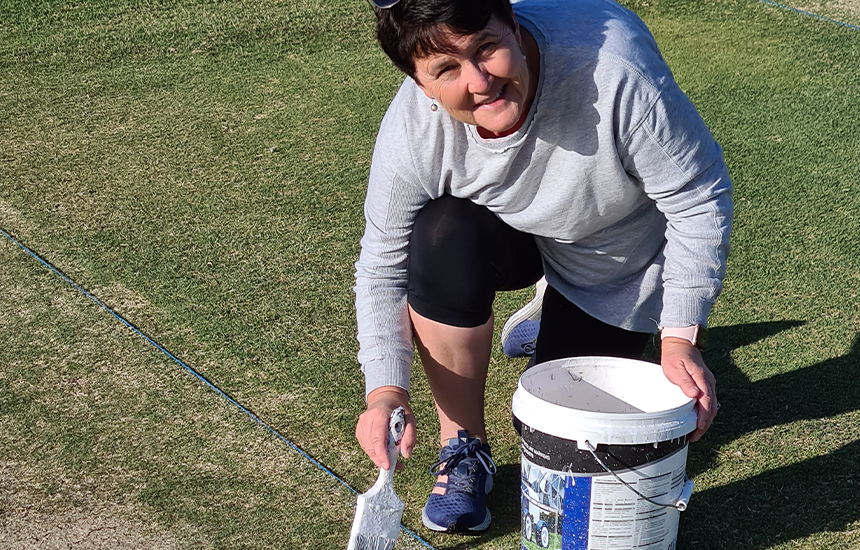 We caught up with Louise whose children and husband are all cricket enthusiasts.

Louise, tell us about your cricket journey

My own journey with cricket began with having to watch my brothers play and participating in backyard cricket and most of all competing to be the ultimate winner of the enamel Christmas cup.

I then married a cricketer and had 4 children two of whom played cricket. A daughter and a son.

It was in 2007 that my own real involvement in cricket began as our family became more ensconced and I became a volunteer in the game of cricket and my love of the game has really grown.

I was incredibly fortunate to be able to watch my husband, son and daughter play cricket together and as such became responsible for ensuring that arvo tea was ready to go and the cordial and fruit was run out for breaks. I occasionally tackled the score book when required and just loved being able to help the team out.

After my husband became secretary of our local association my involvement increased and included assisting in preparing turf wickets by marking and measuring them, setting out everything to ensure that the oval was ready, cleaning up around the grounds after games, cooking and providing all of the catering for Grand finals as well as serving and cleaning up across the day. I would also coordinate the catering for presentation night. Once a season I have loved having the opportunity to deliver a traditional afternoon tea to an MCC game in Melbourne where my daughter plays.

Whilst I’m not a participant in the actual game I have had to watch my own daughter navigate what is a very male dominated game in a country town where there the only opportunity to play the game was with the boys. Her love of the game surpassed any concern over this and we were very fortunate in that her experience was mostly positive. She began with Milo Cricket, as it was then, with a wonderful leader who supported her passion for the game.

Her participation at club level was also mostly positive and she played through her junior years with her brother and then also had the opportunity to play senior cricket with her father and brother. There was the occasional comment like, ‘fancy being caught by a girl’ but Bridie’s capacity to just focus on the game earned her respect and she was always fully supported by her own club and team.

Locally there are now more girls participating in cricket and there is even a local girls’ competition which is wonderful to see. Just before Christmas the girls participated for the “Chesterfield Cup’ which was for us a moment of pride after watching Bridie’s journey to participate in a game in what had locally been a very male dominated game. Cricket is well and truly a game where everyone is able to participate and it is wonderful to see so many more girls playing the game.

Bridie then moved on to play in Melbourne with weekend trips down the road until she eventually moved there and it wonderful to see so many girls participating in such a great game.

My hope for females participating in the sport is that there is both equity and parity of opportunity where girls are recognised for their skill, dedication and commitment to their sport and where they are able to participate in any sport they love.

What does International Women’s day mean to you?

International Women’s Day allows us to reflect on and celebrate women across a range of endeavours and recognise the adversity many of them have had to overcome. It is also an opportunity for continuing conversation and action to ensure equity for all women within our communities. Watching all our girls smash through all those barriers is amazing and so many of them are using sport as the medium to do this. International Women’s Day makes me proud to be a woman and incredibly grateful to live in a country where I and my girls have to right to an education, career, sporting opportunities and the right to make our own choices and decisions. 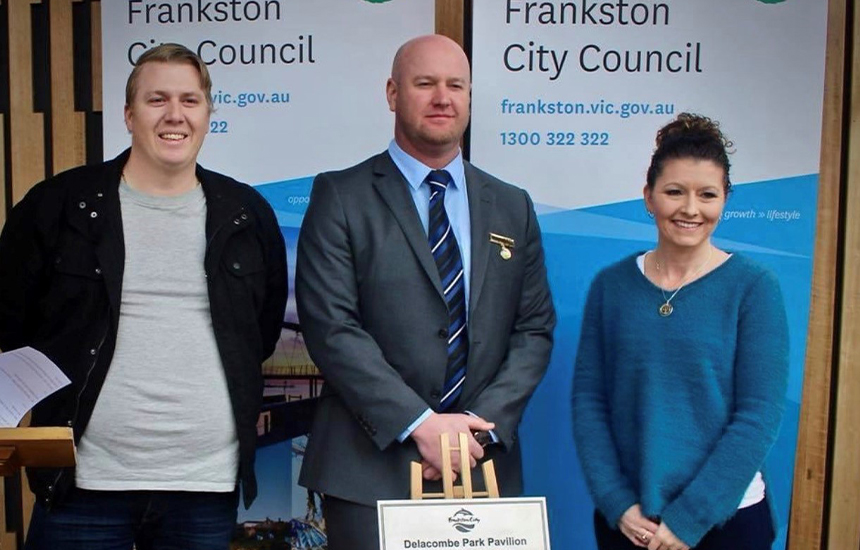 Sharon Christides never thought much about cricket until she met her husband. She now volunteers at her sons cricket club to provide a welcoming environment for all their members.

Sharon, tell us about your cricket journey:

My journey started with my husband! I never really thought much of cricket until I met him. To be honest I thought it was like watching grass grow! He has played with Delacombe Park Cricket club from the age of 8. The friendships he has made in his nearly 40 years being involved in community cricket  inspired me to want the same for our 2 sons. I do not play cricket but I work behind the scenes to keep the club a fun and welcoming environment for all our members.

As a female in a male dominated sport, how have you seen this change over the years? What’s your hope for young females participating in the sport for the future?
In regards to our club and women being involved – there was a big void. A time came when there needed to be some female input. The men of the club embraced and welcomed it. A few more ladies joined the committee and contributed to the running of the club. I do hope in the future we will have more ladies wanting to become involved within the running of the Club. We have 1 female playing in our senior sides which has been embraced by all of our club. I also hope that in the future our female juniors will want to continue playing cricket with our senior sides or have our own all female sides.