Players continue to give back through Grassroots Cricket Fund 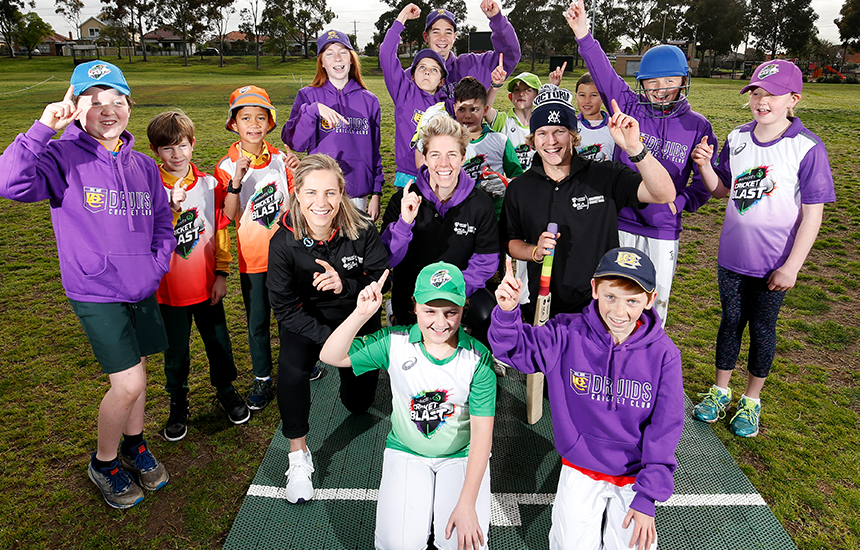 For the second year running, cricket clubs throughout Australia can benefit from the most significant collective investment into grassroots cricket from Australian professional cricketers in history.

From today, community cricket clubs will be able to apply for grants up to $2,500 from the Grassroots Cricket Fund. In a bid to make running a club easier, clubs will have the opportunity to secure funding for new equipment from the $2 million in grants available in 2019/20.

With player safety and supporting volunteers a priority for the game’s elite players, the Grassroots Cricket Fund has partnered with helmet manufacturer Masuri and technology company, Microsoft to provide discounted products for clubs to access through the equipment grants.

The players, the Australian Cricketers’ Association and Cricket Australia are working in partnership to deliver the Fund of up to $30 million, focusing on providing equipment grants, playing and training facilities to clubs across Australia.

“The opportunity to leave a tangible legacy to community cricket is important to all players and we’re all passionate about giving back to the game that has given us so much,” Australian cricketer, Elyse Villani said.

“If we can make the experience of playing cricket better for all it will go a long way to benefitting the game at the community level through to those involved at the highest level.”

“Players are united in delivering the Grassroots Cricket Fund to make cricket more accessible to all Australians,” Australian Cricketer, Will Pucovski said.

“We all started out in local clubs, so we know how important it is for young kids to hit, bowl and throw a cricket ball in a safe, welcoming and inclusive environment.

“This is one small part of how we can give back to the communities who have really shaped us into the people and cricketers we are today.”

In season 2018/19, over $1.8 million from Australia’s professional cricketers was invested into facilities and equipment grants via the Grassroots Cricket Fund which saw 469 community cricket clubs benefit from the opening year of the funding.

The players contributed $1 million to 140 playing and training facility projects benefiting players and clubs around Australia, while 329 regional and drought affected clubs received a $2,500 equipment grant.

Head to www.grassrootscricketfund.com.au to apply for equipment grant and further information about how your club can apply to the Australian Cricket Infrastructure Fund today.