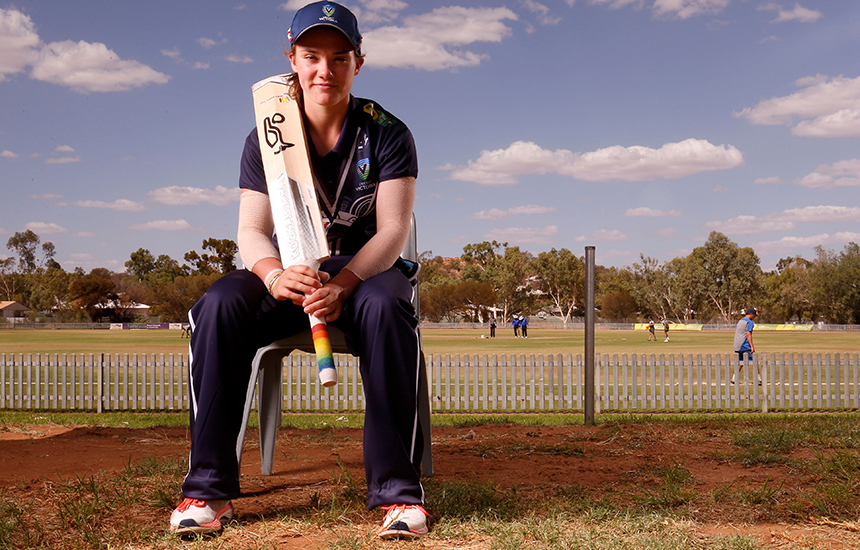 Tasmanian turned Victorian Emma Mannix-Geeves has been named Player of the Tournament at the National Indigenous Cricket Championships in Alice Springs.

Mannix-Geeves, who hails from Launceston but represented Victoria at the championships, scored 288 runs and took 5 wickets during the tournament.

Batting first at Albrecht Oval, New South Wales started well with the Hobart Hurricanes’ Mikayla Hinkley (43) and the experienced Sara Darney (27) leading the way. With the loss of Hinkley and Darney, Anika Learoyd (60*) and Roxy Van-Veen (24*) carried their bats to guide their team to finish at 2/168 (20).

With a huge chase ahead of them, Victoria lost both openers early. Despite losing regular wickets, player of the NICC, Emma Manix-Geeves found regular boundaries on her way to 65 (48). Tight bowling from Hannah Darlington (2/11) and Julie Muir (2/27) restricted the Victorian’s, and when Manix-Geeves fell for 65, it was all over; Victoria finishing at 9/122 (20).

“The 2019 NICC has been a fantastic carnival, not only from a cricket point of view, but from a community perspective bringing together male and female indigenous crickets from across the country” he said

Tayla Wig was named Fielder of the Tournament with 5 stumpings and 3 catches, while Jacinta Goodger-Chandler received a Black Cap alongside Mannix-Geeves for an excellent all-round performance.