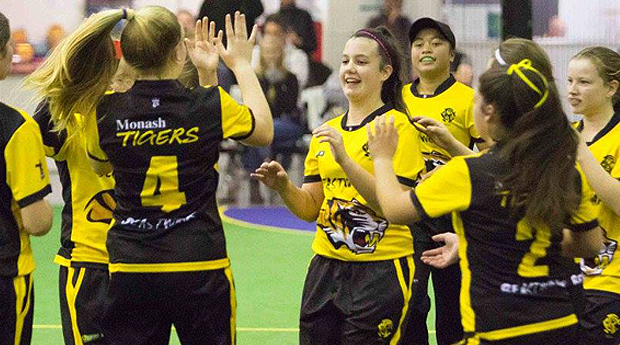 The 2015-16 Premier Cricket Club Championship winner has a number of talented junior indoor cricketers that have represented Victoria in the junior age groups, and join Prahran as the second Premier club in the South East Region to provide outdoor and indoor cricket opportunities throughout the calendar year.

Players such as Triyan De Silva, Hugo Ferdinand, Mackenzie Harvey, Jake Fraser McGurk, Nick Supree and Dan Scholz will feature prominently for the Tigers men’s team, while Jaide Anthony and Annecy Homberg have starred for the women’s side.

Monash Tigers Senior Coach Shannon Young has been delighted by the club’s entry into another elite level competition.

“We are excited to be part of a new elite level competition that gives our players an opportunity to compete together in a high pressure version of the game,” Young said.

“We feel it will enhance development, particularly in fielding, decision making and responding to pressure. It is a great opportunity for our Club to support Cricket Australia and the new competition, and hopefully lead the way for other Premier clubs to become involved in the future.”

By entering both a men’s and women’s team in the competition, the Monash Tigers are demonstrating just one of many ways that cricket provides a platform for continued growth and opportunities for cricketers to participate in the game.

Mayor of the City of Monash Rebecca Paterson glowingly endorsed the new competition, and will keep a close eye on both Monash Tigers teams.

“As a keen supporter of cricket and someone who played in my teens I’m thrilled that the Monash Tigers are fielding both women and men’s teams in this elite national indoor cricket competition,” Cr Paterson said.

“I know they will do Monash, and Victoria, proud. It’s a great opportunity for our cricketers and I’ll be following the competition with interest.”

To date, the women’s team have suffered just the one defeat from five matches in the Victoria East division and sit on top of their table, while the men secured impressive back-to-back wins in Rounds 4 and 5.

“It’s a glowing endorsement for the new competition to have a powerful club such as the Monash Tigers involved,” Gregory said.

“We congratulate the club for leading the way and supporting this Australian Cricket initiative. From a state perspective, it’s wonderful to have a Victorian club as the first Premier Cricket Club in the country to join this competition.”