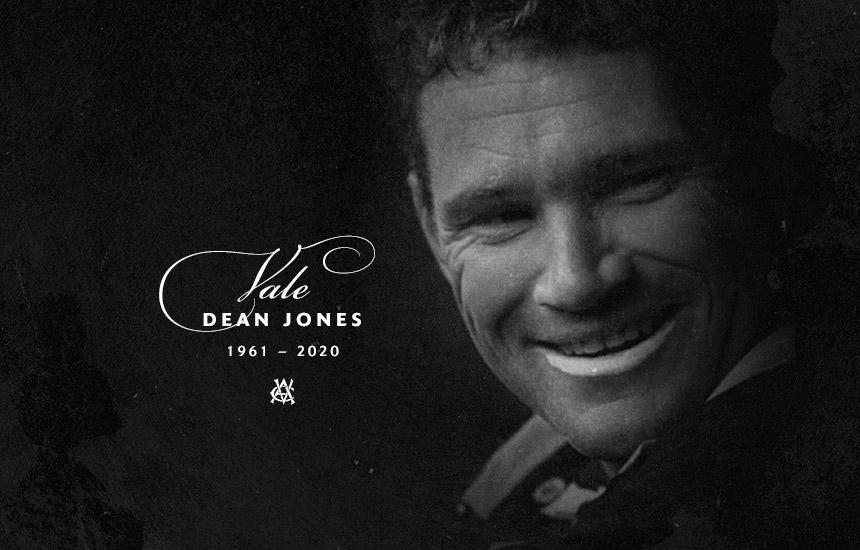 Cricket Victoria this evening mourns the passing of Dean Jones AM at the age of 59.

A respected and celebrated member of the Australian cricket family, Jones was Victoria’s leading first-class run scorer when he retired and played 52 Tests and 164 One-Day Internationals for Australia.

He was inducted in the Australian Cricket Hall of Fame in 2019 and was made a Member of the Order of Australia in 2006 for his services to cricket.

“It is an evening of immense sadness both as a Victorian and broader Australian cricket community. Our deepest sympathies are with his wife Jane and daughters Isabella and Phoebe, together with his many friends, colleagues and team-mates,” Dr Maddocks said.

“Dean Jones brought so much joy and excitement to a whole generation of cricket fans as an aggressive batsman and athletic fielder. He fundamentally changed the face of one-day cricket throughout the 1980s.

“Deano was a game changer. From his very successful playing career through to his coaching and broadcast commitments after retiring, he was keenly sought after for his insights and experience. He made moments unforgettable and his performance in Chennai in 1986 will never be forgotten.”

“He represented Victoria with distinction at first class level and we will always be proud of his many, many achievements and success in the game.”

“Dean was one of those players who excited you, who had that swagger at the crease that made him a compelling player to watch. He inspired cricket fans here and around the world. Beyond the field, he was deeply passionate about Victorian cricket and making our high performance systems as successful as they could be. Dean wanted Victoria to be the best and his passing will be heavily felt across our cricket community.”

Jones represented Victoria for the first time in 1982, going on to play 110 Sheffield Shield matches, including 39 as Captain. He also played 55 One-Day Domestic matches and led Victoria to the one-day title in 1994-95.